Posted on January 25, 2013 by LighterThanAirSociety 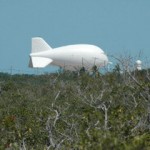 Fat Albert, the familiar military blimp based on the bayside of Cudjoe Key, is set to come down permanently on March 15 after keeping watch over the Lower Keys since 1980.

Due to federal defense funding cuts, the U.S. Air Force’s Tethered Aerostat Radar System, comprising Cudjoe and eight other sites along the Gulf of Mexico, Mexican border and Puerto Rico, will shut down. 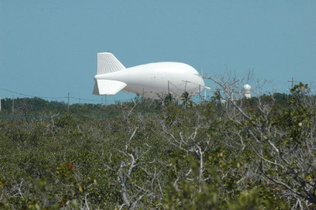 The surveillance program is “capable of detecting low-altitude aircraft at the radar’s maximum range by mitigating curvature of the Earth and terrain-masking limitations,” according to Air Force literature from the Langley, Va.-based Air Combat Command.

The Cudjoe Key aerostat’s primary mission is to support counter-drug operations. U.S. Customs and Border Protection and Joint Interagency Task Force-South, the latter located in Key West, employ the data, among others.

“Its presence has a deterrent value to illicit trafficking here in the area,” U.S. Coast Guard Sector Key West Cmdr. Al Young said on US1Radio this week. “It also allows us here at the Coast Guard to maintain real-time visibility of air and surface resources that we may have and on occasion, we have used that information to vector assistance resources to find search objects.”

On Saturday, a Summerland Key man identified only as R.H. posted a petition on the White House’s website asking to “keep the Tethered Aerostat Radar System operational in order to help secure the southern border of the United States…. If we truly are concerned with the war on drugs and wish to have a cost-effective sensor to fight that war, then this sensor must remain active.”

By Tuesday, it had more than 300 signatures. To get a response from President Barack Obama’s staff, the petition would have to get 100,000 or more signatures by Feb. 18. The petition is available through www.whitehouse.gov/petitions.

Contractor Exelis Systems Corp., based in Colorado Springs, operates the network of blimp-mounted radars. Following the March 15, shutdown, “the remainder of the fiscal year will be used to deflate aerostats, disposition equipment and prepare sites for permanent closure,” according to a notice from Program Manager Tim Green. 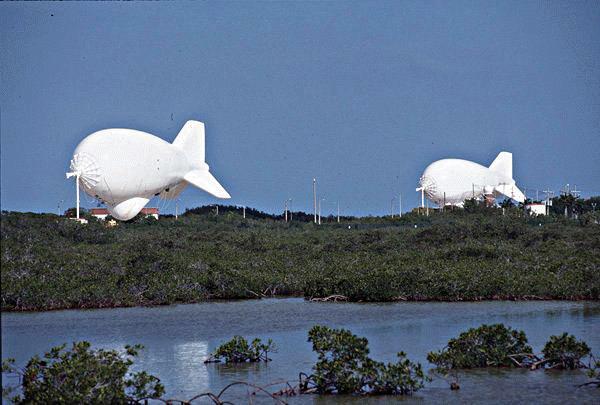 The Cudjoe aerostat holds 275,000 cubic feet of helium and measures in at 186 feet with a 62.5-foot diameter. The normal operating altitude is around 12,000 feet and it has a radar detection range of some 230 miles.

Radar data is transmitted to a ground station, where it’s digitized, then transmitted to various federal users. Up until 1992, the Air Force, U.S. Customs Service and U.S. Coast Guard operated the network. In 1992, Congress switched management over to the Department of Defense.

The average per-site annual cost for a TARS site in 2002 was $2.8 million, according to a history prepared by the National Oceanographic and Atmospheric Administration. Updated numbers weren’t available Tuesday. 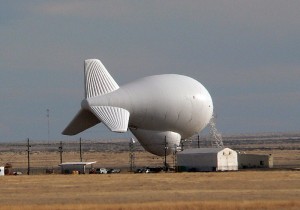 Other than off the aptly named Blimp Road on Cudjoe, there are TARS sites in Deming, N.M.; Morgan City, La.; Lajas, Puerto Rico; Fort Huachuca and Yuma in Arizona; and Eagle Pass, Marfa, Matagorda and Rio Grande City, all in Texas.

In April 2007, a 1997 Cessna 182Q crashed into the Cudjoe aerostat’s tether, killing all three people aboard. The plane had violated a three-mile radius, 15,000-foot air-space restriction around the Cudjoe site.