Posted on August 9, 2013 by LighterThanAirSociety 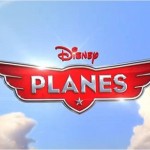 Disney’s animated action-packed comedic adventure starring Dusty, a big-hearted, fast-flying crop duster who dreams of competing in the most exhilarating around-the-world air race in history. There are only a couple of not-so-small problems — Dusty is not exactly built for racing and he also happens to be afraid of heights.

Despite his fear and with encouragement from his mentor, a naval aviator named Skipper, Dusty narrowly qualifies for the big competition. Dusty’s sportsmanship and speed begin to rattle the defending champ of the race circuit, Ripslinger, who will stop at nothing to see Dusty fail.

When disaster strikes during the climax of the final race, Dusty’s courage is put to the ultimate test. With the support of friends old and new, Dusty reaches heights he never dreamed possible. 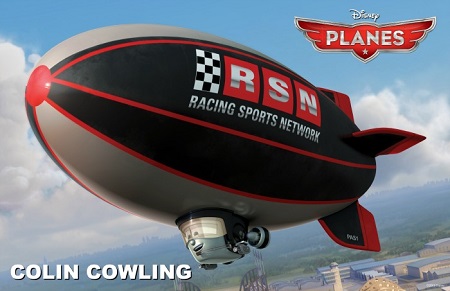 The movie includes an affable blimp, Colin Cowling (Voice of Colin Cowherd, a Formula 1 commentator) which attended the prestigious Zeppelin Broadcasting School and began his career as the play-by-play voice for the Pacific Coast Balloon Races.  He got his big break – so to speak – when his Eye-in-the-Sky-in-Sports weekly recap show was noticed by the producers of Racing Sports Network (RSN). His assignment, in the movie is to cover the Wings Around The Globe airplane race.

Watch a clip from the movie featuring Colin Cowling.

This entry was posted in Uncategorized and tagged Colin Cowling, Disney's Planes. Bookmark the permalink.