Capsule that could take Singaporean into space unveiled

Posted on November 2, 2014 by LighterThanAirSociety 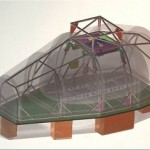 Lim Seng, founder of local company IN.Genius, has unveiled a space capsule which he hopes will send the first Singaporean into space next year – as a birthday gift for the nation’s 50th birthday.

Local company IN.Genius (Innovation.Genius) unveiled the space capsule which it hopes will send the first Singaporean into space on Saturday (November 1).

The company’s founder Lim Seng, who publicly announced the plan in 2013, said much progress had been made in the year and a half since his announcement. Mr Lim plans to send the first Singaporean into space for the country’s 50th birthday as a gift to the nation.

“If we want to send normal people into space, we must think out of the box,” said Mr Lim. “Rocketry, liquid fuel technology, is only one means. And it’s a risky means.” 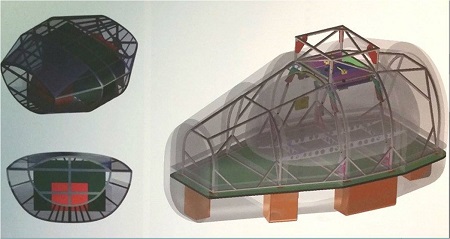 Cross section of the space capsule

Mr Lim added: “By using stratospheric balloons, which has been used by the Russians, the Europeans and the Americans in the earlier days to launch equipment into space, it’s a viable, proven, safe way of flying into space.”

Launched by a stratospheric balloon, the capsule will be taken up to 20km into the stratosphere. It will cross what is known as the “Armstrong Line” – a region where a person’s blood will boil at body temperatures without proper equipment. After cruising for 30 minutes, the capsule will then return to earth by parachute and parafoil.

The company said volunteer candidates for the space programme have been undergoing intensive training from re-breather trials at Resorts World Sentosa’s S.E.A Aquarium, to para-gliding in Vietnam.

He added: “And when the application to become the first Singaporean in space came about last year, I thought I couldn’t miss it for the world.”

Though they have receive no financial aid from industry or the public sector, Mr Lim said he prefers to sell polaroid photos at S$1 each with the capsule rather than accept thousands of dollars in donation. Another aim for the company is to work with the authorities to launch the spacecraft from Singapore.

It also positioning itself  to launch Singapore’s first space scholarship, “by citizens for citizens”, to encourage Singaporeans to study the heavens.