Posted on March 7, 2012 by LighterThanAirSociety 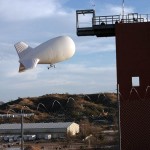 That Beluga whale you may have seen in the western Nogales sky on Monday is actually a tethered blimp being tested by the Border Patrol.

The aerostat is equipped with surveillance equipment and is on a test flight here for the next week or so, said Border Patrol spokesman Lloyd Easterling. It was first deployed on Monday over the Border Patrol station off La Quinta Road at an altitude of between 1,500 and 2,000 feet.

“We will be testing this new surveillance system and evaluating the capacity it will offer in the border environment,” Easterling said. 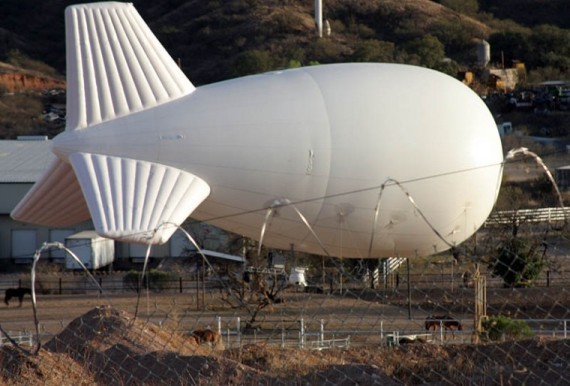 This blimp will be floating in the skies above Nogales for the next week or so.

When and if the blimp returns to the Nogales border area will depend on whether the agency is satisfied with the system’s performance. The Border Patrol, which is working with the Homeland Security Office of Science and Technology on the test run, will then initiate a standard procurement and bidding process.

Easterling could not immediately provide a price tag for the project.

Strapped to the blimp is the so-called wide-area persistent surveillance system that operates both day and night. It was built by Logos Technologies, and the firm recently delivered the first two systems to the U.S. Army to be deployed on aerostats, or tethered blimps, in Afghanistan, according to the company website.

The surveillance system replaces current technologies that are only able to operate during daylight hours, offering round-the clock coverage.

“Before, if you wanted night vision, you had to rely on cameras with a very narrow field of view,” said Greg Poe, CEO of Logos Technologies. “These new Kestrel units provide our war fighters true wide-area persistent surveillance at night.” 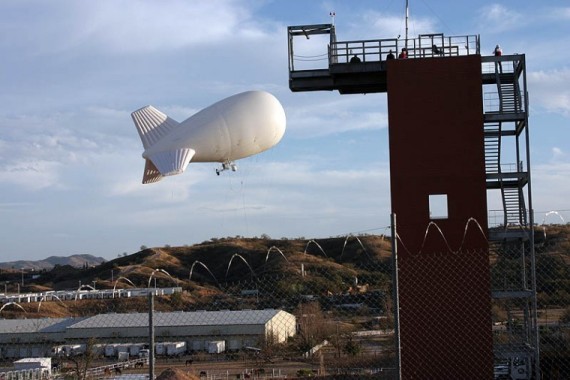 This tethered blimp, currently on a test flight in Nogales, can rise up to 2,000 feet and carries a state-of-the-art system that offers round-the-clock surveillance.

According to the Logos website, “Kestrel is the only 360-degree persistent surveillance system for aerostats capable of scanning a city-sized area at once, making it virtually impossible to sneak up to, or through, a protected area.

“When the system detects a target within its field of view, it cues a high-powered, full motion video camera that can focus on the suspicious activity. Unlike other systems, Kestrel can also record every event that happens in a monitored area for up to 30 days.”

The website said that the system, “also has applications for border patrol, counter-trafficking and other homeland security missions.