Posted on October 23, 2012 by LighterThanAirSociety 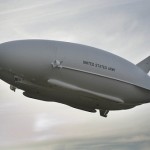 The military’s distant dream of a floating eye in the sky may have become even more distant. Just over two months after the inaugural test flight of the Army’s giant robotic spy blimp — and before a planned mission over Afghanistan — the Army is saying it’s not so sure about sending the airship abroad after all. Which sort of defeats the point of having the blimp in the first place.

“Whether it’s going to Afghanistan or not, I am not sure, because all of that is based on safety, getting it over there and what the time line is,” force development director Brig. Gen. Robert “Bo” Dyess tells Inside Defense (woefully behind a paywall). Dyess added that the Army is focusing instead on a slimmed-down version of its aerial surveillance network MARSS and the Army’s “Grey Eagle” variant of the Predator drone. Meanwhile, the LEMV will retain “some investment” and be kept among a number of the Army’s “future capabilities.” The Army and Northrop-Grumman — the airship’s developer — have not responded to Danger Room when asked for comment. 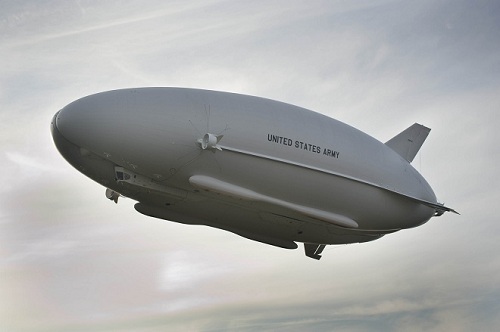 It’s an odd reversal from the optimism surrounding the Long Endurance Multi-Intelligence Vehicle (LEMV). Measuring out to around the length of a football field, the LEMV is designed to float thousands of feet above a warzone while scanning everything in sight. It also takes off like a conventional plane before switching to helium and floating, which in theory allows it to stay aloft for weeks. In August, the LEMV took to the skies for the first time, a success for the Army’s best hope for a working spy blimp.

But Northrop was also betting on an Afghanistan deployment planned for 2013 to show off the blimp and wow the Army into buying more of them. After a withdrawal of U.S. troops in 2014, however, there may not be the will or interest among commanders for an airship that spies on insurgents the U.S. is no longer fighting. The military was also swamped with another massive spy blimp that’s since been disassembled. Now neither may actually go to war. 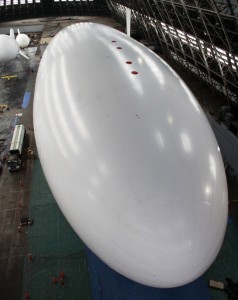 The Blue Devil Airship Mav6 was developing for the U.S. Air Force before the project was cancelled

The Army had a competitor in the Air Force’s even larger Blue Devil 2 airship – a favorite of Senate defense moneymen Daniel Inouye and Thad Cochran. The Air Force spent two years and $211 million to build the blimp, only to unceremoniously deflate it this summer before it was ever deployed to combat and after numerous delays. At the same time, the Air Force was reluctant from the beginning about the Blue Devil. The airship’s developer, Mav6, also didn’t have the heft of a major defense contractor like Northrop.

When the LEMV was first delayed, the Army backed it up. Northrop boasted of the LEMV’s first successful flight control test in August, and pitched the airship as a hybrid spy and cargo craft. Since the LEMV is big enough to lug seven tons of cargo at once, the blimp could be a way to help lift weapons and equipment out of Afghanistan as troops withdraw. It was a good-looking piece of machinery, at least on paper. It burned a 10th of the fuel of a conventional plane tasked with the same mission, and could be flown manned or unmanned.

But the LEMV’s expectations may have been set too high in a field crowded with competing blimps and surveillance planes, and not only the Blue Devil. There were also the ISIS and Pelican dirigibles floated by the Pentagon’s far-out researchers at Darpa. According to Lt. Gen. Mary Legere, the Army’s deputy intelligence chief, the LEMV ran into snags because of it being a “one-of-a-kind prototype,” she told Inside Defense. Left unsaid is why there was a proliferation of unique — and expensive — blimps when only one was needed to do the job. The Senate Armed Services Committee wondered the same thing. 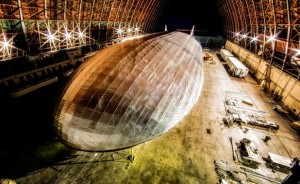 Aeros’ rigid-aeroshell, variable-buoyancy demonstrator nears completion in a World War II-era hangar at Tustin, Calif. The 230-ft.-long airship is intended to pave the way for a larger vehicle with a 66-ton payload. Credit: Aeros

It’s also worth considering what the LEMV will be doing after 2014. If it doesn’t make it to Afghanistan by the time U.S. troops withdraw, the blimp — or rather blimps — may end up floating aimlessly after being designed for a war they never fought.