Argus One Scheduled for Flight Testing 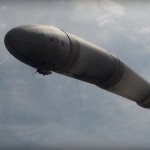 World Surveillance Group, maker of the unmanned aerial vehicle, said the tests and demonstrations are sponsored by the U.S. Department of Defense and were rescheduled from a proving ground facility in Yuma, Ariz.

Pentagon sponsors will provide pre-flight, frequency and free flight coordination testing and access to facilities, while flight preparation and testing will be conducted by WSGI’s technical partner, Eastcor Engineering.

WSGI says its Argus One is equipped with a “newly developed stabilization system that autonomously controls the level of rigidity” of the airship in flight and features an integrated payload bay that can carry high-tech sensors, cameras or electronics packages. It also features automated control for individual body modules for improved flight stability and aerodynamic control.

Florida-based WSGI said in addition to the Nevada tests, it also is looking to conduct tests in Oklahoma through a recent agreement with Oklahoma State University-University Multispectral Laboratories LLC.

World Surveillance Group Inc. is a designer and developer of unmanned, lighter-than-air vehicles for security and/or wireless communications solutions at low to high altitudes.