Posted on January 26, 2017 by LighterThanAirSociety 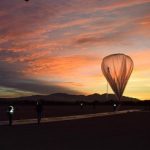 World View Enterprises, the Arizona company developing high-altitude balloons for research and eventually tourism, plans to conduct a test flight of a weather radar on one of its balloons later this year.

At a briefing during the 97th Annual Meeting of the American Meteorological Society (AMS) here, World View announced an agreement with EWR Radar Systems, a provider of portable weather radars, to fly one of that company’s radars on a high-altitude balloon flight later this year.

World View, which initially proposed developing a balloon system to take tourists to altitudes of about 30 kilometers, is focused in the near term on a concept it calls “stratollites,” where balloons carry uncrewed research and other payloads into the stratosphere for extended periods. The company believes that its stratollites can offer advantages over satellites in terms of cost and the ability to stay over a particular region for weeks or months at a time. 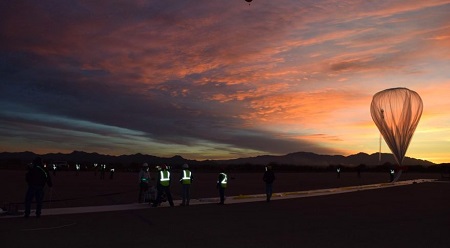 World View is developing a type of balloon it calls a “Stratollite” that can remain in the upper atmosphere for extended periods and hover over a region, providing services usually provided by orbiting spacecraft.
Credit: World View Enterprises

“We’re looking at doing a concept flight some time this year of a radar,” said Jane Poynter, chief executive of World View, at the briefing. The test flight would be funded by the companies, but with the goal of later operational missions being supported by a government agency, like the National Oceanic and Atmospheric Administration.

Flying a weather radar in the stratosphere could address gaps in the current network of NEXRAD weather radars in the US. “In the western third of the United States, especially the intermountain regions, the radar coverage in some areas is nonexistent,” said Johnathan Gourley, a meteorologist with NOAA’s National Severe Storms Laboratory. “We really don’t have a viable working solution for that.”

A balloon-borne radar, he said, could fill those gaps, overcoming the blockages from mountains that cause gaps in terrestrial radars. While radars mounted on balloons and airships had been considered in the past, he said World View’s stratollite approach appeared to be the best option to date.

EWR will modify one of its existing portable radars to fly on a World View balloon. “Most of the issues are about the weight and power consumption,” said Richard Chapppuis, vice president of business development for EWR. “This is not a big deal.”

World View, which also offers flight services through NASA’s Flight Opportunities program for balloon and suborbital payloads, plans to ramp up its business this year. The company recently took possession of a new headquarters building and manufacturing facility in Tucson, Arizona, built by the county government and leased to the company. The building also includes a pad for balloon launches dubbed Spaceport Tucson.