Posted on March 28, 2016 by LighterThanAirSociety 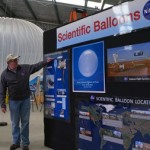 New and vintage planes zoomed over the skies in Wanaka, New Zealand, during the Warbirds Over Wanaka Airshow, a biennial homage to aviation history as well as an aerobatics spectacle.

With history a focal point of the event, NASA’s Balloon Program proved a perfect fit alongside the warbirds, serving as a gentle reminder that before the first plane took to the skies, more than a hundred years earlier, there were balloons.

Of course, much has changed since the early balloon flights. Instead of smoke-filled paper balloons that defined ballooning’s first steps, today NASA flies enormous, helium-filled balloons, some up to 40 million cubic feet in volume (1.13 million cubic meters). Scientific balloons can carry up to 8,000 pounds (3,630 kg) up to 130,000 feet (39.63 km) in altitude. At that height, the balloons are flying in the near space environment, above 99.5 percent of the Earth’s atmosphere.

Scientists have seen the benefit of balloon platforms for many years, often testing out new sensors and instruments before eventually integrating onto satellites for launch into space. In addition, the development of long-duration ballooning is opening the envelope for conducting certain types of scientific investigations that otherwise would need to fly into space. 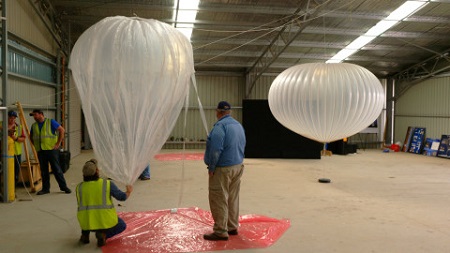 Back to the airshow, which is expected to see some 50,000 through the Easter weekend, NASA set up an exhibit at the Wanaka Airport showcasing the two different types of balloons the agency flies: a zero pressure balloon and a super pressure balloon. On Thursday, March 24, the exhibit was open for local residents to peruse in advance of the airshow.

While the airshow officially kicks off Saturday, March 26, Friday served as a full dress rehearsal for the airshow performers, providing an additional opportunity to showcase NASA’s balloon program. Visitors slowly cycled into the hangar containing the balloon exhibit, and as the sun came up and the day got warmer, the crowds steadily increased. 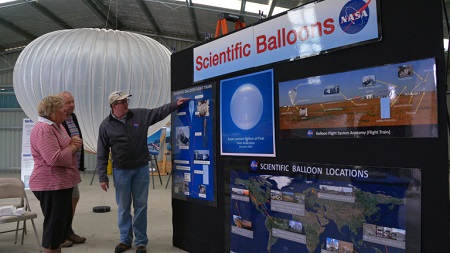