Posted on November 4, 2013 by LighterThanAirSociety 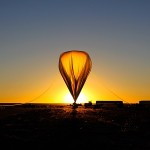 Earth-observing satellites have provided measurements of solar radiances for many years, but recent technology advances could lead to new measurements with a higher level of accuracy from those currently available. The next generation, higher-accuracy data would enable climate predictions and trends that could be clearly seen using data sets that are much shorter in duration than the current data sets needed for these types of studies, thus enabling faster detection of climate trends and more timely results.

NASA’s Earth Science Technology Office is supporting the development of a new generation of scientific instrument that may one day orbit Earth. The HyperSpectral Imager for Climate Science (HySICS), developed by Greg Kopp of the University of Colorado’s Laboratory for Atmospheric and Space Physics (LASP), is a testbed demonstrating improved techniques for future space-based radiance studies.

HySICS made its inaugural engineering balloon flight from Fort Sumner, N.M., the morning of Sept. 29. Balloon flights provide realistic, space-like conditions at a fraction of the cost of launching an instrument into space, so is an ideal means of testing new technologies. A 60-story tall balloon lifted HySICS to an altitude of nearly122,000 feet, far above the majority of Earth’s atmosphere, heights where the sky is nearly as black as in space. From this vantage point HySICS, aided by the pointing precision of NASA’s Wallops Arc Second Pointer (WASP), was able to make measurements of Earth, the sun and the moon during both daylight and night hours. 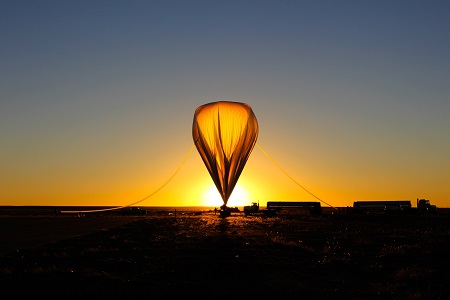 The high-altitude balloon that carried the HySICS instruments to the outermost part of Earth’s atmosphere was inflated with helium at sunrise on the morning of Sept. 29, 2013.
Photo: HySICS Team/LASP

The hyperspectral imager, which spans a 10 kilometer field of view of Earth from the balloon’s altitude, collected radiance data for nearly half of its eight and a half hour flight. The instrument periodically calibrated itself by performing highly accurate radiance scans of the sun and moon. This calibration ensures that the radiance measurements collected of Earth are able to reach the high-accuracy data needs of climate researchers. 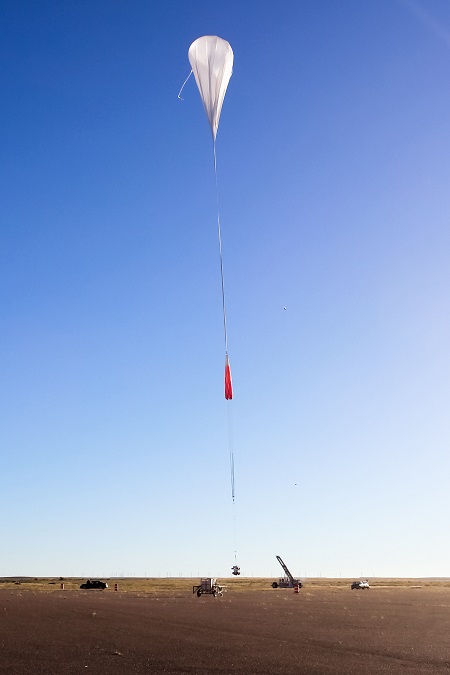 The HySICS and WASP instruments lift off from the Scientific Balloon Flight Facility in Fort Sumner, N.M.
Photo: HySICS Team/LASP

After landing safely south of Wheeler, Texas, HySICS was recovered and returned to LASP. The data collected during the engineering flight will be used to improve the instrument over the next year and to further advance the science algorithms used to process the data.

HySICS images scenes onto a single focal plane array at wavelengths between 350 and 2,300 nanometers, covering the extremely important solar and near infrared spectrum containing most of the sun’s emitted energy. Using only a single array allows HySICS to be smaller and lighter than many imagers, a feature necessary for cost-effective space-based Earth observing missions.

A second balloon flight is planned for September 2014. During that demonstration flight, HySICS should be able to reach its goal of collecting the most accurate solar radiance measurements (calibrated to the sun to better than 0.2 percent radiometric accuracy) that have ever been made of Earth. In addition, the HySICS lunar observations should provide the highest accuracy radiance measurements ever of the moon, having great value to lunar calibrations for other instruments.

The data HySICS collected on the engineering flight – and will collect on the following demonstration flight – help to refine the instrumentation needed for radiance and other hyperspectral studies. Not only is HySICS able to act as a space-based radiance testbed, but the measurements the instrument can make will be of great benefit to both the Earth and lunar science communities.