Posted on December 18, 2013 by LighterThanAirSociety 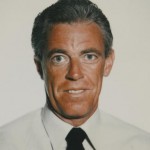 Mickey Wittman, known as the “father of sports aerial broadcasting” for his work in developing the Goodyear blimp’s role in sports television, will be inducted in to the Sports Broadcasting Hall of Fame here tonight. 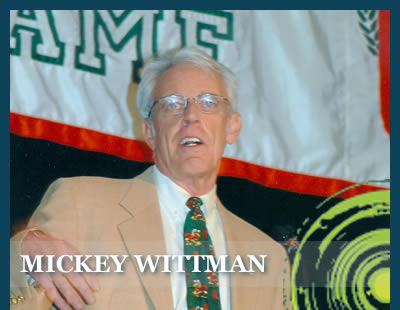 Anyone who has ever watched a televised sports event and heard the words “Tonight’s aerial coverage provided by Goodyear” can thank Wittman for his groundbreaking work to make the “blimp shot” the gold standard of major sports broadcasts.

Wittman joined Goodyear in 1968 and over the course of his 28-year career helped to burnish the reputation of the Goodyear blimps for providing aerial coverage of the biggest events including some of the most viewed sports telecasts in history.

Since 1955, Goodyear continues to be the leader in providing aerial coverage of sports and entertainment events. Working closely with television networks, its three U.S.-based airships provide aerial images of stadiums, arenas and city skylines across the country. More than
60 million Americans get a first-hand look at a Goodyear blimp every year, and millions more see the airships in the U.S. and around the world via television. 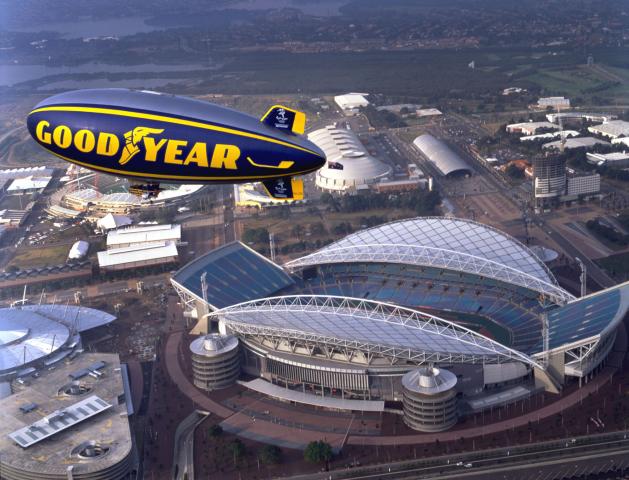 Goodyear’s Spirit of the South Pacific flies over one of the venues for the Sideny Olympics in 2000.
Photo: Goodyear Tire & Rubber Co.

Wittman also managed aerial coverage from the blimp of a number of news-making events. These included the San Francisco earthquake during the 1989 World Series and the aftermath of the bombing at the 1996 Olympics in Atlanta. He also directed activities as the Goodyear blimp’s aerial sign was used to provide public service messages to residents of south Florida in the wake of Hurricane Andrew in 1992.

“Mickey forged strong relationships with the sports broadcasting community by providing producers and directors with captivating  and innovative aerial coverage of major sports events. Through the years, Mickey substantially built the value of the ‘blimp shot’ and in the process generated invaluable exposure for the Goodyear brand,” said Paul Fitzhenry, Goodyear’s senior vice president of Global Communications. “Sports television would not be what it is today without Mickey Wittman.”

A 1966 graduate of the University of Miami, where he played basketball, Wittman was drafted by the NBA’s St. Louis Hawks and ABA’s Anaheim Amigos. He later played for the Phillips 66ers and Goodyear Wingfoots.

Wittman joined Goodyear’s Public Relations department in 1968 and moved to its blimp base in Houston, Texas in 1969. He left the company in 1974 to pursue other interests but returned in 1978 as manager of broadcast and films in Goodyear’s New York office. In 1991 he was named manager of airship promotion and, in 1997, manager of global airship public relations. He retired in 2001and went on to work as director of broadcast services for another aerial camera provider. 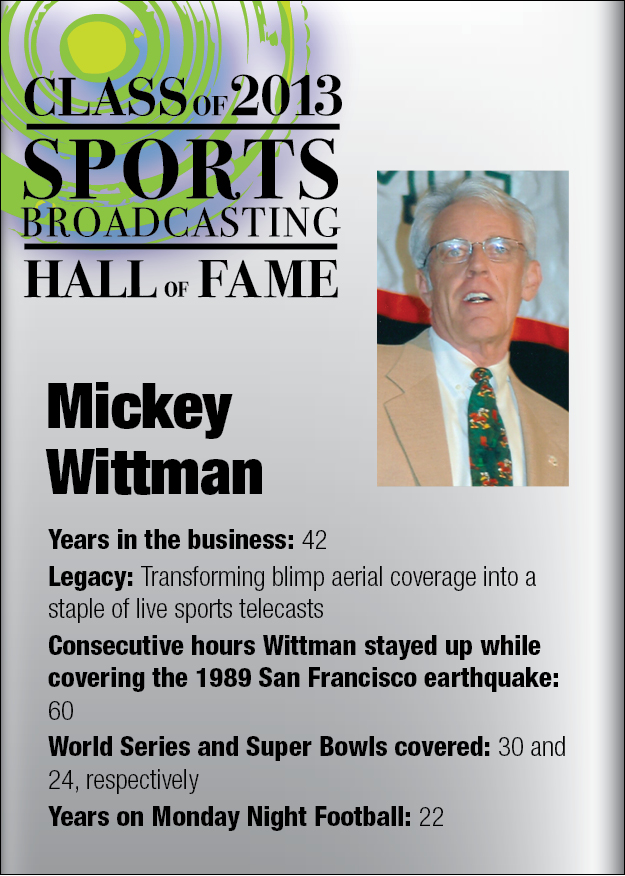 In 2014, Goodyear will embark on the next chapter of its airship story when the company launches its new generation Goodyear NT airships, the first of which is nearing completion at the company’s Wingfoot Lake hangar in Suffield, Ohio. Test flights on the new airship are expected to begin in early 2014 with a formal launch planned for later in the year.