Posted on March 3, 2014 by LighterThanAirSociety 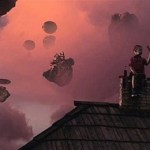 Helium, the story of a terminally ill boy who is bored with the idea of heaven until he meets a janitor who concocts an alternative blimp-laden version of the afterlife, won the Oscar for live-action short film Sunday night.

The fanciful Danish charmer stars Casper Crump as the kindhearted janitor and Pelle Falk Krusbaek as the boy with a fascination for hot-air balloons. Clocking in at less than 23 minutes, the comforting tale effortlessly blends computer-generated images with live-action, a feat not easy to achieve, particularly with the budget of a short.

Anders Walter’s “Helium,” is a Danish short that follows the life of a terminally-ill young boy named Alfred (Pelle Falk Krusbæk who is wasting away in a children’s hospital. Alfred, however, has his mind temporarily taken off his illness when he meets Enzo (Casper Crump), a janitor who tells him of a place called “Helium,” an alternative place to go rather than Heaven. The idea of Heaven is unexciting to Alfred, and the idea of “Helium” attracts him, due in part to the fact that Alfred loves balloons, blimps, and all sort of objects that fly thanks to helium. Enzo makes him a red balloon dog, which he tells Alfred will allow the airship that will eventually pick him up know where he is at and that he wants to go to “Helium” rather than Heaven. This is a tender short that deals with death and the afterlife, as well as the relationship that develops thanks to the constant struggle of being a nurse or someone who spends much of their life around sick people and children. If you have a soft heart, the last three shots of the film are something of a rough sit.

This entry was posted in Movies and tagged airship, balloons, Helium, Oscars. Bookmark the permalink.