Posted on July 12, 2016 by LighterThanAirSociety 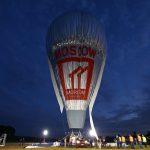 Fedor Konyukhov, 65, launches from Australian outback with aim to set a new world record by circumnavigating the globe in under 13 days.

The Russian adventurer Fedor Konyukhov has successfully launched his helium balloon from an Australian outback town in his bid to break the world record for a solo hot-air balloon flight around the globe. 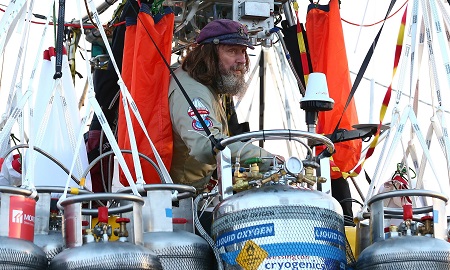 Konyukhov launched his 52-metre tall balloon from the same field outside Northam in Western Australia where American adventurer Steve Fossett started his circumnavigation of the globe in 2002. 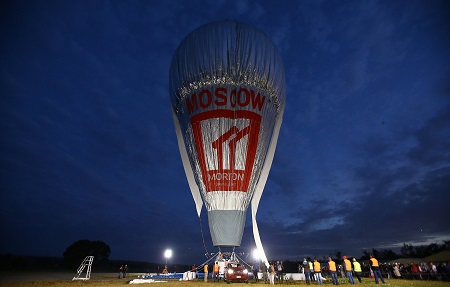 The 65-year-old hopes to complete the journey in a cramped gondola in less than the 13 days that Fossett took. Fossett died in a plane crash in 2007.

The entrepreneur and adventurer Dick Smith said Konyukhov was the most likely person to break Fossett’s record.

“I sat in the gondola last night with him, it’s an incredibly complex piece of machinery … He’s also prepared to take quite high levels of risk.” 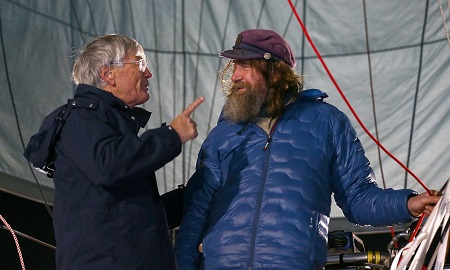 From Northam, 96km north-east of Perth, the 1.6 metric ton balloon is expected to fly east across Australia, New Zealand, Chile, Argentina and South Africa before returning to Australia after drifting more than 30,000km.

The launch was originally scheduled for 2 July but weather conditions forced a delay.