Bristol Balloonist Flies His Way into the Record Books

Posted on March 24, 2016 by LighterThanAirSociety 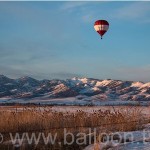 These picturesque photos show the moment a Bristol man set the world record for flying over all of America’s mainland states in a hot air balloon in just 33 days.

It took Andrew Holly, from Totterdown, a little over a month to sail his huge red balloon over all of North America’s states.

Between each flight the director of Exclusive Ballooning based near Berkeley, drove around 600 miles a day to race between the states. 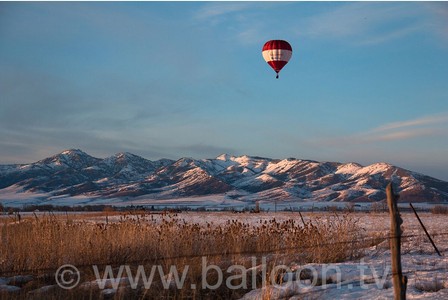 Bristol man set the world record for flying over all of America’s mainland states in a hot air balloon in just 33 days.
Image courtesy of www.balloon.tv.

The adventurer recruited the help of a meteorologist who travelled with him to ensure the balloon bypassed unfavorable weather conditions.

The hot air balloon fanatic has already flown in a number of countries but said this challenge was very special.

The 42-year-old said: “It has been incredible. I have seen some amazing sights.

“It’s been pretty tiring. I had to drive the equivalent of Bristol to Edinburgh each day after my flight.

“At best I managed to sleep four, five hours a night.” 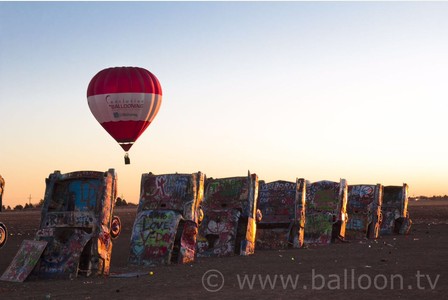 Among the many landscapes Andrew was able to enjoy during his trip was the breathtaking art installation Cadillac Ranch where he launched his balloon from.

“I was only the second person ever to set off in an air balloon from there,” said Andrew. “I also took off from the Meteor Crater in Arizona. We only had one spot which we could take off from and the weather had to be just right.

“We were so lucky because nature gave us the exact conditions we needed.”

Before Andrew’s achievement can be entered into the Guinness World Records inspectors have to double-check his GPS tracking over the last month.

“It’s been pretty tough,” said Andrew. “We were lucky to miss the storms at the beginning of February.

“I have seen everything during my trip from the border to Mexico all the way over to Canada.” 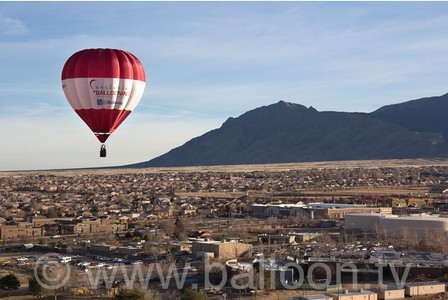 It took Andrew Holly a little over a month to sail his balloon over all of North America’s states.
Image courtesy of www.balloon.tv.

Next month Andrew plans to travel to the tropical island of Madagascar with his hot air balloon.

“Growing up in Bristol I would see hot air balloons flying over my house all the time,” said Andrew. “I would always run outside to look at them.

“I decided to do this challenge because I have a lot of friends over here and come out here a lot.

” I had already flew over quite a few states and when I looked into I found out the most anyone had managed was 11 states in a month.

“I was pretty confident I would beat that but never thought I’d managed all 48 in 33 days.”