An Excerpt from the FAO Schwarz Spring/Summer 1911 Catalog

Posted on December 26, 2013 by LighterThanAirSociety 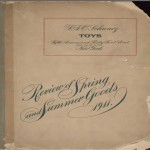 New York at Christmas time evokes many memories but as a child it meant a visit to FAO Schwarz, the oldest toy store in the United States. When a 1911 catalog from the famed toy store landed in the Book Conservation Lab it was like an early Christmas present! 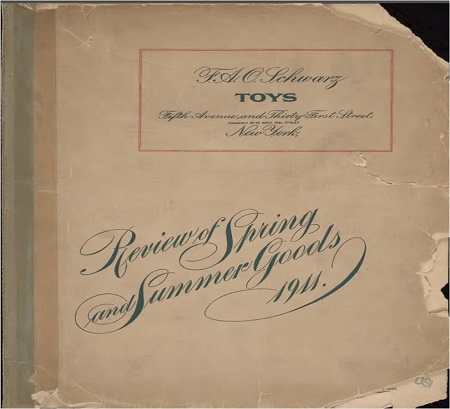 The catalog is from the Spring/Summer 1911 and was more than likely the last catalog that the founder of the store, Frederick August Otto Schwarz , personally had a hand in as he passed away May 17, 1911. 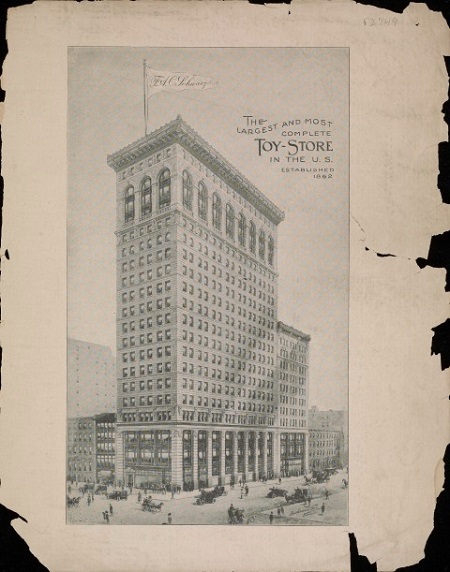 The catalog features a picture of the company’s flagship store (then at Fifth Avenue and 31st Street) on the front cover. Inside there are a few pictures of the interior of the store as well as window displays. The toys depicted in the catalog are exquisite examples of the finest toys available at the turn of the 20th century. The toys are divided into categories such as Baby Carriages, Hammocks, Seaside Toys, Games and Books.

Page 19 features “The Game of To-day”; A Voyage Through the Clouds, described as “A very up-to-date game in this era of Aerial Navigation”. It is “Played on a finely lithographed plan, with dice and metal airships”. 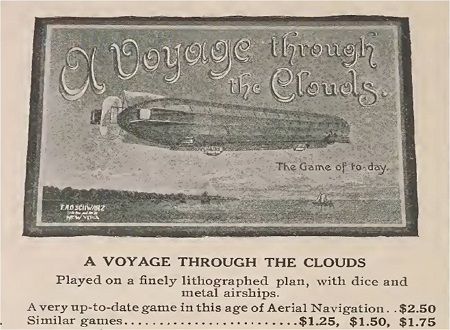 Page 19 featuring “The Game of To-day”; A Voyage Through the Clouds
Source: Archive.org

This entry was posted in History and tagged Airship toys and games, FAO Schwarz. Bookmark the permalink.