Explore the Edge of Space With ‘Red Bull Stratos’ Exhibit at National Museum of the U.S. Air Force

Posted on January 8, 2014 by LighterThanAirSociety 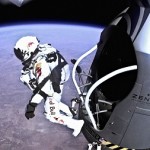 By: Sarah Swan – National Museum of the U.S. Air Force

Just over a year ago, Felix Baumgartner ascended to 127,852 feet in a stratospheric balloon and made a freefall jump, rushing toward earth at supersonic speeds before parachuting to the ground. This amazing mission broke world records and holds the potential to provide valuable medical and scientific research data for future pioneers.

From Jan. 24-March 16, visitors to the National Museum of the U.S. Air Force can experience the interactive Red Bull Stratos exhibit, learning first-hand about the Stratos project and getting an up-close look at the actual capsule and space suit used in Baumgartner’s record-setting mission.

“We are thrilled to offer this interactive experience to our visitors,” said Museum Director Lt. Gen. (Ret.) Jack Hudson. “This is a great way to inspire our youth to get excited about careers in science, technology, engineering and math and show how these fields can benefit society.” 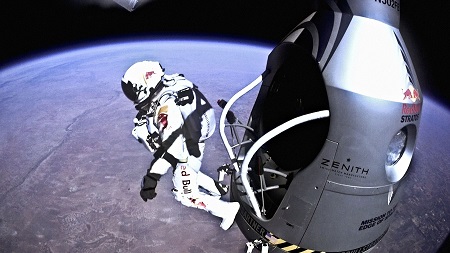 Felix Baumgartner jumps out of the capsule at 127,852 feet.
Photo: National Museum of the U. S. Air Force/Red Bull Stratos

Baumgartner climbed to 127,852 feet in a helium-filled balloon on Oct. 14, 2012, exactly 65 years after Chuck Yeager first broke the sound barrier flying in an experimental rocket-powered airplane. Baumgartner and his team spent five years training and preparing for the mission, which was designed to improve scientific understanding of how the body copes with the extreme conditions near space. He broke two world records (highest freefall and highest manned balloon flight).

According to Red Bull officials, Baumgartner’s mission served to further the progress of aerospace safety, including the development of a new generation of space suits and parachute systems, the development of protocols for exposure to high altitude and supersonic acceleration and deceleration, setting records for the highest balloon ascent, the highest parachute jump and fastest speed by a human through the atmosphere. The team is excited to bring this experience to the National Museum of the U.S. Air Force.

In addition to the temporary Red Bull Stratos exhibit, the museum also has displays related to retired U.S. Air Force Col. Joseph Kittinger, who previously held the record for a 102,800-foot jump in 1960. Kittinger’s jump was made during a time when no one knew if a human could even survive a jump from the edge of space. He shared his knowledge during the 2012 jump, serving as the primary point of radio contact during Baumgartner’s ascent. Kittinger still holds the record for longest freefall. 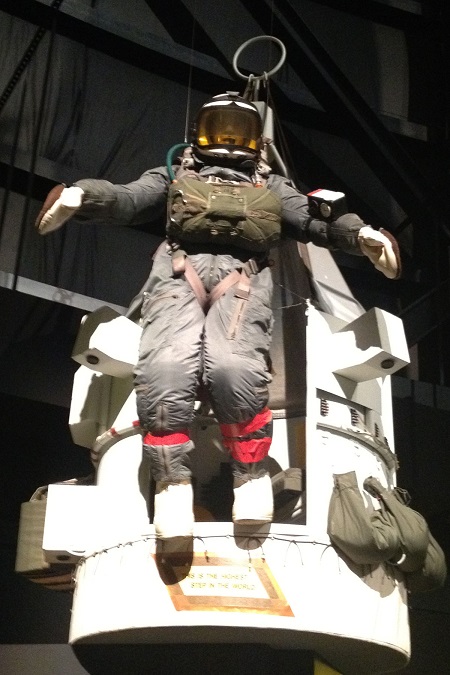 Front view of the Excelsior Gondola at the National Museum of the United States Air Force.
Photo: U.S. Air Force

The Red Bull Stratos exhibit will be open during regular museum hours, 9 a.m.-5 p.m. seven days a week, and admission is free.

Two upcoming Family Day events at the museum will complement the exhibit. Demos and hands-on activities on Feb. 15 will center on the Stratos jump, while Family Day on March 15 will focus on balloon travel and the properties of air. More information about these events will be available at www.nationalmuseum.af.mil/education/family/index.asp.

The National Museum of the United States Air Force is located on Springfield Street, six miles northeast of downtown Dayton. It is open seven days a week from 9 a.m. to 5 p.m. (closed Thanksgiving, Christmas and New Year’s Day). Admission and parking are free. For more information about the museum, visit www.nationalmuseum.af.mil.