Posted on November 23, 2017 by LighterThanAirSociety 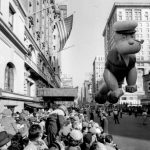 A hippopotamus soared over the ocean. A cartoon character burst into flames after drifting into a high-tension wire. And a 60-foot cat sent a plane and its two passengers plummeting. 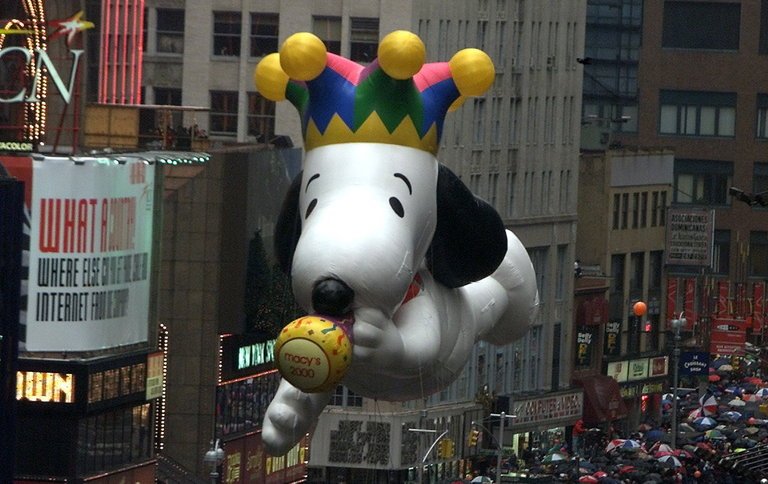 Snoopy, seen in 1999, has appeared in the Macy’s Thanksgiving Day Parade 39 times — more than any other character.
Credit: The New York Times

These are just some of the fates met by the giant balloons that have glided through the Macy’s Thanksgiving Day Parade in New York over the years.

Around 3.5 million people are expected to line Manhattan’s streets on Thursday to watch this year’s parade, and millions more will view it on NBC. There will be floats, marching bands and clowns on stilts. But the enormous balloons remain one of the biggest draws.

Here is a closer look at milestones and mishaps involving the helium-filled characters sailing overhead, and the curiosities of a nearly century-old holiday tradition.

Macy’s used to set the balloons free after the parade ended.

The first Macy’s parade, in 1924, looked very different from today’s celebration. Animals from the Central Park Zoo, including elephants and tigers, joined the procession. The giant balloons that the parade is now known for did not show up until a few years later.

In the late 1920s, Macy’s began releasing its balloons into the sky after the festivities, with a monetary reward offered for their return. 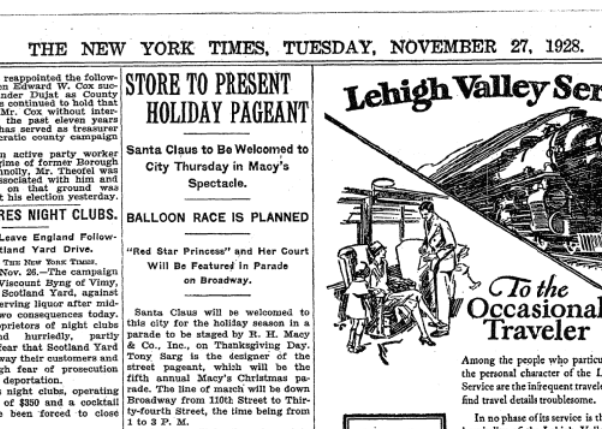 The New York Times reported on the various places where the balloons landed. In 1928, a balloon called the Sky Tiger descended into a Long Island neighborhood where “a tug of war ensued for its possession.” Another balloon was found broken in half and floating in the East River, “pursued by two tugboats.”

In 1931, the balloons included a 287-foot-long dragon that was held by 29 men. Macy’s released it and about 16,000 other balloons, many of them much smaller. Some carried postcards that could be brought to Macy’s for a prize.

A blue hippopotamus escaped the New York area, however, and the balloon was believed to be “soaring somewhere over the ocean.”

“Descriptions of the cruising beast have been broadcast,” The Times reported, and “the reward for its return has been multiplied by four.”

Calls streamed in from people who claimed to have found the hippo, but they were simply seeking the reward money.

Felix the Cat, Macy’s first character balloon, met its demise after floating into a high-tension wire and catching fire. 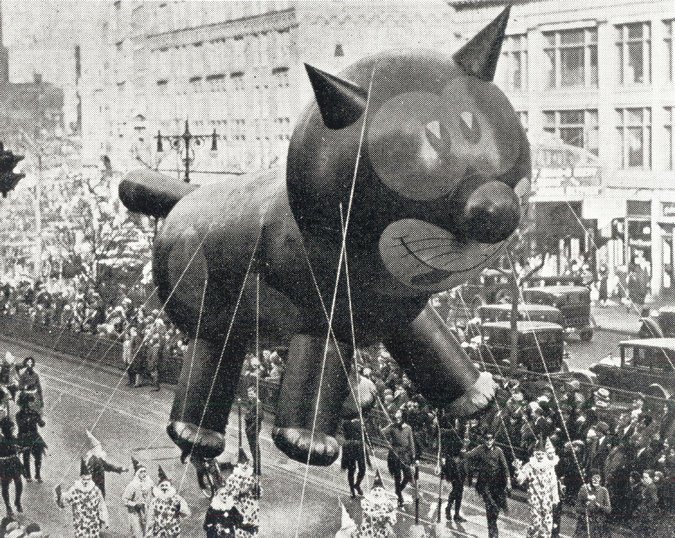 The Felix the Cat balloon, seen in 1927.
Credit Macy’s

Disaster in the skies was once narrowly avoided.

Despite these difficulties, the balloons were released again in 1932. One hit a plane, sending it on a 5,000-foot plunge. A 22-year-old woman had been piloting the plane over Jamaica, Queens, with her instructor when a 60-foot Tom Cat floated into view “like a sea serpent out of its native element,” The Times reported.

“She sent the ship hurtling at the goggle-eyed creature,” the article said. “The left wing of the plane smacked against the balloon fabric that was Tom’s hide.”

The plane plummeted, and the woman nearly fell out, but catastrophe was avoided when the instructor took control and pieces of the balloon “fluttered away from the wing.”

Macy’s stated that it would not award prize money to aviators who tried to down the balloons with their propeller blades. The company also decided that the tradition of releasing the balloons had to end. 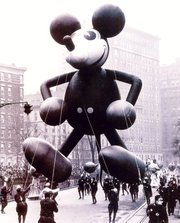 Mickey Mouse made his parade debut in 1934, attracting interest from other countries that, as The Times put it, “have helium and a desire to stage grotesque parades.”

The Big Bad Wolf balloon was also a draw, and Macy’s planned to send them both to the highest bidders.

The parade took a hiatus during World War II.

In 1942, the president of Macy’s, Jack Straus, announced that the parade would be canceled because of the war. He deflated a green dragon balloon and gave the rubber to the military, Macy’s recounted on its website; the company eventually donated 650 pounds of balloon rubber. In 1945, when the war ended, the parade returned. Three years later the parade was televised for the first time nationally, on NBC, Macy’s said.

A helium shortage led to improvisation. 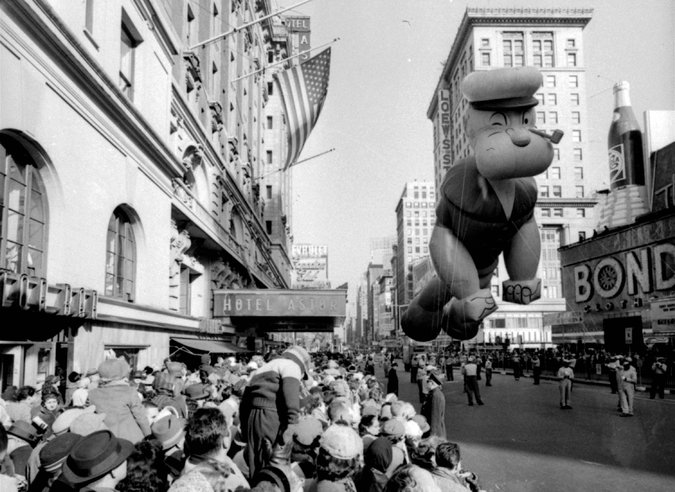 “Yes, There Is a Popeye,” The Times announced in its 1958 headline after a helium shortage spurred rumors that balloons would not appear at the parade.

The 56-foot-tall Popeye balloon had made its debut a year earlier, his hat periodically filling with rain during that overcast holiday.

After “a lot of calls” with the Goodyear Tire and Rubber Company before the 1958 parade, Macy’s figured out a way to fill three of its giant, traditional balloons with plain air and support them using cranes.

The balloons were grounded, thanks to wind.

In 1971, for the first time in the parade’s history, wind gusts up to 40 miles per hour and a severe downpour grounded every balloon, The Times reported.

NBC aired clips of balloons from the 1970 parade instead.

A Cat in the Hat balloon nearly killed someone.

The parade has had its share of mishaps over the years, such as the time an M&M balloon struck a light pole and injured two people in 2005.

But one of the most shocking accidents occurred when a Cat in the Hat balloon hit a light pole and severely injured a woman in 1997. She was in a coma for 24 days afterward, and finally reached a settlement with the department store, the city and a city contractor in 2001.

Snoopy has always been beloved.

Snoopy is just as popular today as he was in 1968, when he made his debut.

He has appeared in 39 parades — more than any other character — as an aviator, astronaut, skater and more. He made his most recent appearance in 2015, according to Orlando Veras, a Macy’s spokesman.

When Snoopy was absent from the parade last year, Mayor Bill de Blasio promised to bring him back. The balloon will not return this year, however. Instead, Snoopy will appear in the parade aboard his own float, Mr. Veras said, and his friend Charlie Brown will fly overhead.