Posted on January 26, 2015 by LighterThanAirSociety 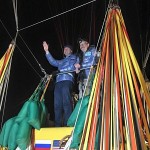 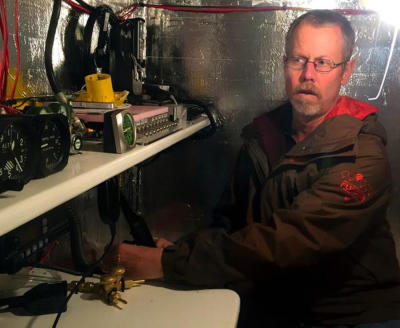 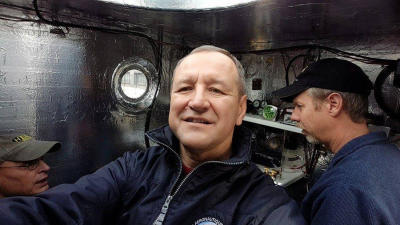 “Everything went just like a textbook,” said Letitia Hill, social media director for the team’s Mission Control in Albuquerque.

The pilots are looking to reach North America, an attempt that will put them on course to break a distance record of 5,208 miles. 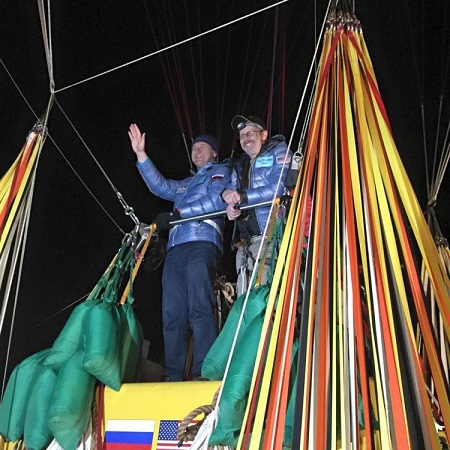 Pilots Leonid Tiukhtyaev of Russia, left, and Troy Bradley of Albuquerque are shown in Saga, Japan, where their Two Eagles balloon lifted off on Sunday.
Photo courtesy of Tami Bradley

The record was set by Albuquerqueans Ben Abruzzo, Larry Newman and Ron Clark, and Japanese-born American restaurateur Rocky Aoki, who launched from Nagashima, Japan, in November 1981 and landed in California’s Mendocino National Forest.

They also want to break the flight-duration record set in 1978 when Abruzzo, Newman and Maxie Anderson made the first trans-Atlantic balloon flight. That record of 137 hours in the air in a traditional gas balloon is considered the Holy Grail of ballooning achievements.

The team is expected to reach the West Coast in 5 ½ days, and they can continue inland for a couple days after.

But where they will land is anyone’s guess.

“That’s going to keep us on the edge of our seats for this mission,” Hill said after watching the launch at the Anderson-Abruzzo Albuquerque International Balloon Museum. 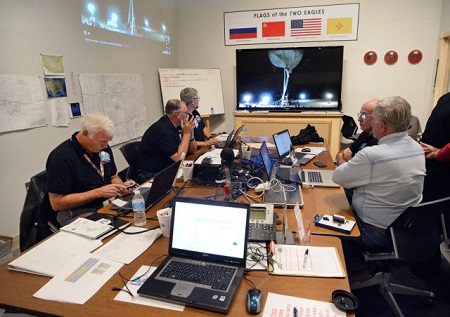 Mission Control members for the Two Eagles balloon flight across the Pacific prepare on Saturday morning for the balloon to launch from Saga, Japan.
Photo: Jim Thompson/Albuquerque Journal

Mission Control is a small room in the Balloon Museum. The control room will be staffed day and night until the balloon lands.

The team, which includes balloonists, a meteorologist, a physician and a search-and-rescue expert, uses satellite phones to talk to the pilots, and there are also several different types of radios inside the aircraft.

“On any flight of this nature,” Bradley said at a news conference in October, “there is always the possibility of things going wrong. We have to have a team tracking us.”

Bradley and Tiukhtyaev’s balloon – dubbed Two Eagles – is outfitted with a high-tech navigation system, basic necessities such as a first-aid kit, and communications equipment. It is 140 tall, 90 feet wide and filled with 350,000 cubic feet of gas.

It will fly at an altitude of at least 15,000 feet. The pilots will have oxygen masks and will be bundled up. The temperature inside their capsule will be about 50 degrees. 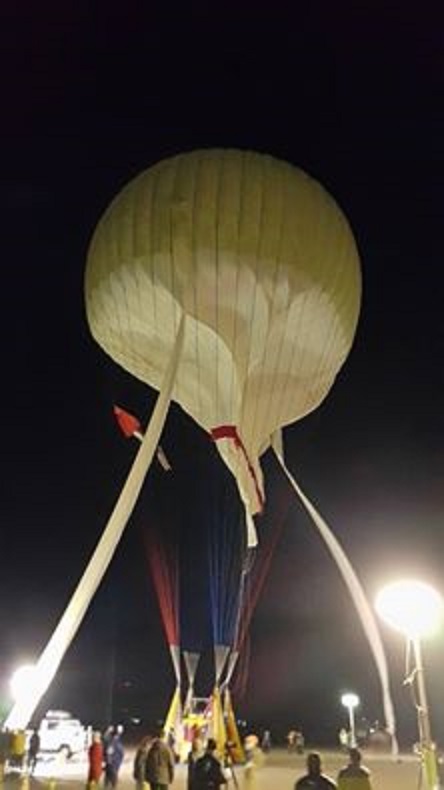 The balloon was flying over Japan at 19,000 feet Saturday evening. In just under four hours, the balloon had traveled about 120 miles, according to the team’s website.

The pilots have to be physically fit to endure several days inside the capsule, with little sleep and limited oxygen. In addition to the record attempts, the flight is being monitored by researchers at Arizona State University who are studying the effects of fatigue on cognitive ability.

It’s possible the pilots could be aloft for 10 days, which is the outer limit of the balloon’s capabilities, the team said.

Once the hatch is closed and the pilots are inside, it’s much like a video game, monitoring the GPS and other systems for updates on weather conditions, speed and altitude, Bradley told The Associated Press in October.

Bradley and his wife, Tami, live in Albuquerque and have two children. Bradley regularly flies hot-air balloons in the Duke City and owns and operates a hot-air balloon company. He has set records before in gas, hot-air and gas and hot-air combination Roziére balloons.