Posted on November 8, 2014 by LighterThanAirSociety 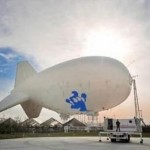 An airship developed by the state-owned China Electronics Technology Group Corporation that can hover 1,000 meters above the ground for more than two weeks is set to debut at this year’s Zhuhai Airshow in Guangdong province, reports China’s official newswire Xinhua.

It is claimed that the 32m (105 ft) long aircraft, which contains 1,600 cubic meters (56,500 cu ft) of helium, can resist strong thunderstorms and even typhoons while in the air. 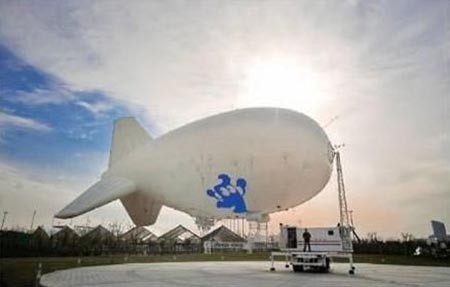 Xu Zhongxin, the group’s chief scientist, said the airship can remain in the air for up to 15 days at a time and a larger one can stay up for up to 30 days. It can make vertical landing and rising and carry heavy objects, Xu said.

Compared to drones and helicopters with the same loads, the airship produces less noise and consumes less energy. It has a variety of applications since it can carry equipment such as infrared and optical devices, telecommunication equipment, smog detectors and mapping devices.

Xinhua hailed the airship as a landmark for the country’s aerostat development in terms of structure, materials, controls and related technologies.