Posted on March 31, 2016 by LighterThanAirSociety 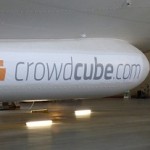 Airlander is delighted to announce today that HRH The Duke of Kent will officially name the world’s largest aircraft, the Airlander 10, in the historic Cardington Hangar 1 on the morning of Tuesday April 12th.  His visit will include taking a “flight” in the Flight Trainer with Chief Test Pilot, David Burns, spending time on the Flight Deck and Cabin of the aircraft, as well as naming the Airlander.  The name of this Airlander 10 will be announced during that ceremony.  A select group of honored guests will attend the ceremony, and Airlander is also announcing today a number of its supporters club, the Airlander Club will be able to attend. 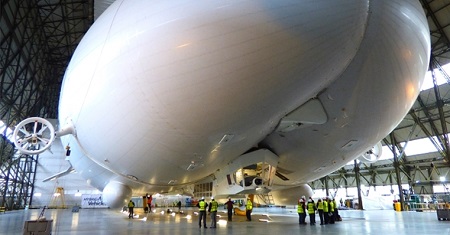 The Duke of Kent is an aviation enthusiast and Pilot.  His Royal Highness was Vice Chairman of the Overseas Trade Board and later British Trade International (now known as UK Trade and Investment) from 1976 to 2001. Following his many years in the role, The Duke still retains an interest in British business at home and overseas. A number of the organizations with which The Duke is affiliated reflect his personal interest in technology and industry, engineering and innovation, including the Royal Institution, the Royal Academy of Engineering and the Royal Society.

Airlander Crowdfunding Reaches £500,000 Target in less than half a day

Hybrid Air Vehicles, the company behind the innovative Airlander, is now into overfunding and in an effort to satisfy investor demand the round will remain open for a limited period.

“This has been a stunning success, and we’re delighted and thankful to all our new investors.  We will aim to keep the investment open for a limited time, but encourage anyone interested in this investment opportunity goes to Crowdcube.com sooner rather than later,” says Financial Director Hwfa Gwyn.

Having announced the launch of a £500,000 crowdfunding just yesterday (Tuesday 29 March), the Airlander Team are delighted to announce that this has been quickly filled and this target was reached within 10 hours.
Image courtesy of Hybrid Air Vehicles.

The equity-based crowdfunding market was worth over £100 million in the UK last year, up by over 200% year-on-year. It dominates finance headlines as the innovative model through which new and established entrepreneurial businesses can raise capital.

This Crowdfunding equity raise values the company at £55 million after the fundraising has closed, a significant increase already since it’s valuation of £36 million at the last crowdfund.

On 5 May 2015, Hybrid Air Vehicles concluded a record-breaking £2.1million crowdfunding which together with a UK Government grant and an EU Horizon 2020 grant for highly innovative SMEs permitted us to achieve the following over the last 10 months:

Hybrid Air Vehicles’ existing shareholders include PLC Chairmen, Business Angels and Professional Investors.   The company currently has around 1000 shareholders who collectively have invested over £17.5 million of equity and debt in the company since its formation in 2007.  HAV has benefited from over £60 million of investment in the aircraft from the US Government and approximately £7 million of EU and UK Government grants.