Posted on April 8, 2016 by LighterThanAirSociety 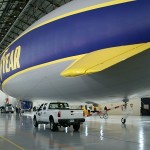 New airship to be named Wingfoot Two Registration will be N2A

Click here to see how the New Blimp compares to the traditional GZ20A.

Click here to see a comparison of the Electronic Signs on the two airships. 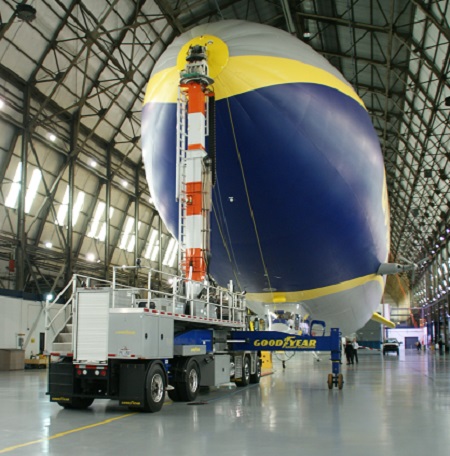 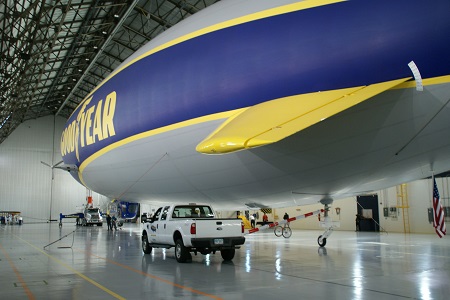 This truck, connected to the rear wheel of the airship (red and white bar), helps keep the airship straight as it enters and exits the hangar.
Photo © Alvaro Bellon 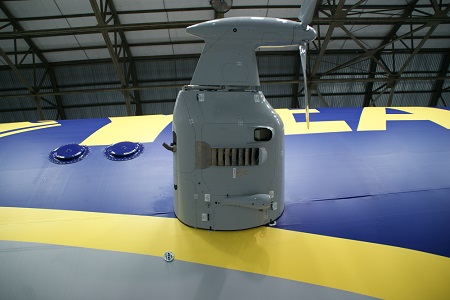 The starboard vectored engine is mounted on one of the longerons of the internal frame, providing a quieter ride inside the gondola.
Photo © Alvaro Bellon 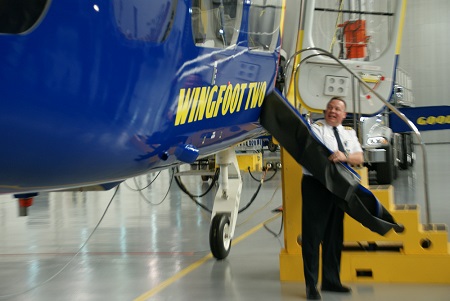 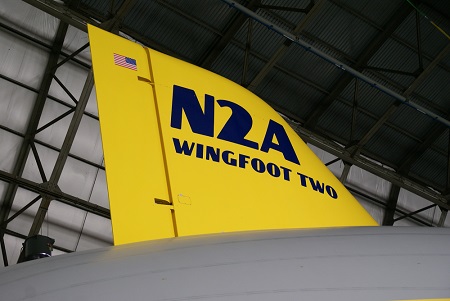 Top fin of the new airship with its new registration number and name.
Photo © Alvaro Bellon