Posted on October 24, 2014 by LighterThanAirSociety 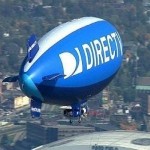 For the next five months, the DirecTV Blimp, a massive 178-foot long airship with a 2,100 square-foot lighted sign will slowly make its way across Southern California, hovering over Major League Baseball playoff games, NFL and NCAA football contests and providing its unique perspective on the top sporting events on the West Coast.

The Blimp will also be offering local middle and elementary schools a once-in-a-lifetime blimp field trip giving students an up-close look at the Van Wagner designed airship, an opportunity to meet the pilots and crew, and learn about the science, math and engineering that is behind these lighter-than-air ships. 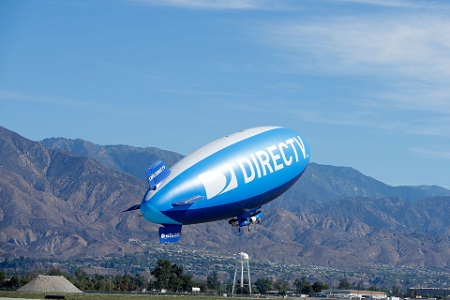 In addition, the DirecTV blimp will be holding its own version of “Friday Night Lights,” by selecting local Southern California high schools and flying over their Friday night football games displaying school names, colors and slogans above their field. Local high schools can engage through the @dtvblimp Twitter handle for the chance to have the blimp fly over their game and have a DirecTV pep rally prior to the contest.

“The DirecTV blimp has become a staple at sporting events on the East Coast and we know the blimp and its giant HD screen will be a spectacular sight on the West Coast as well,” said DirecTV senior vice president, Marketing Jon Gieselman in a statement. “DirecTV and Van Wagner also want to give back to the local community and use the blimp as an educational tool to help children understand how math, science and engineering are applied to air travel.”

DirecTV also will team up with local children’s charities to offer children who are fighting severe illnesses and their families the opportunity to fly in the blimp, take pictures with the pilot and learn everything there is to know about the airship and its capabilities. 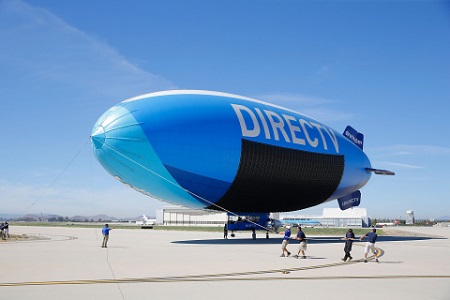 “DirecTV is a partner that truly values community, and this school initiative really solidifies that commitment,” said Van Wagner Airship Group CEO John Haegele in a statement. “We’re very excited to spend some quality time with the locals of Los Angeles and greater LA area. We’re honored to have such a strong partnership with DirecTV and the resources we are collectively putting into this flight out west is a true testament to it.”

The blimp will be out on the West Coast until March 2015, and will be sharing photos, video and articles about its school activities throughout its time there, and via social media. You can follow the blimp at @dtvblimp on Twitter.

To submit your school for a blimp exploration opportunity, please email DTVBlimp@vanwagner.com or visit http://www.vanwagneraerial.com/directv-blimp-goeswest-school-sign-up. The DirecTV blimp will be based at San Bernardino airport.