Following Its Retirement the Goodyear Blimp Spirit of America Is Dismantled

Posted on August 27, 2015 by LighterThanAirSociety 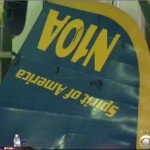 The following images were extracted from the KCBS news report covering the dismantling of Goodyear’s Spirit of America blimp. All images courtesy of KCBS-TV, Channel 2, Los Angeles 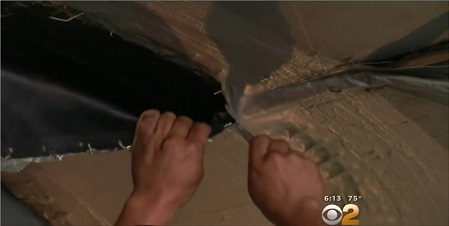 The fabric attaching the control car to the envelope is cut.

The engine outrigger is separated from the control car or gondola of the blimp. 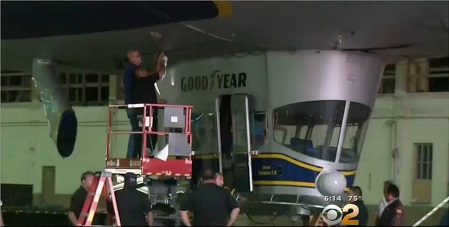 The gondola or control car is cut free of the envelope. 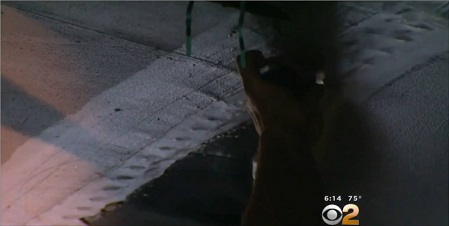 Detail of the cutting to separate the gondola from the envelope. 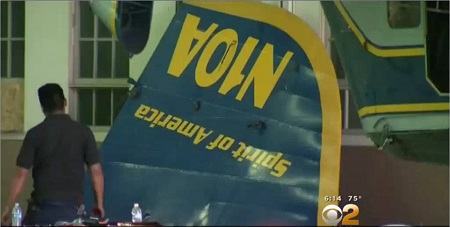 The bottom tail fin of the airship was the first part to be removed. 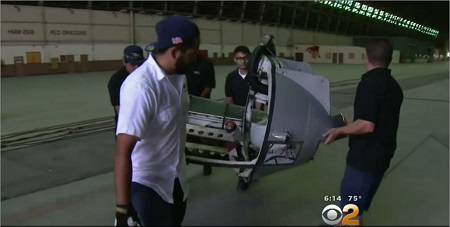 The engine housing is carried away from the blimp. 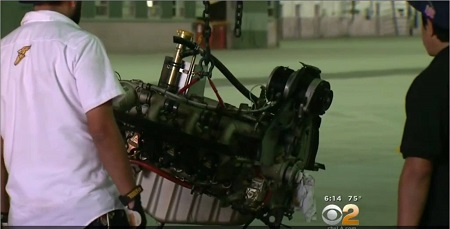 One of the engines is lowered from the airship. 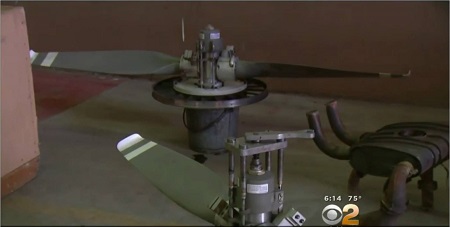 The propellers and muffler after being dismounted. 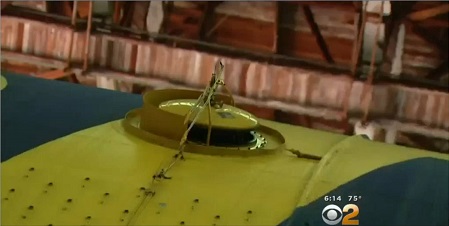 One of the helium venting valves is momentarily opened during the dismantlement process.

This entry was posted in Airships, Blimps and tagged airship, blimp, goodyear, Spirit of America. Bookmark the permalink.