March 1936: First flight of the Hindenburg

Posted on March 21, 2014 by LighterThanAirSociety 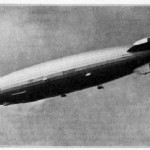 Hindsight is a wonderful and terrible thing. There was no way that our predecessors at the first Engineer Towers on the Strand could have known that Hindenburg would become a by-word for disaster and hubris when they announced in a brief item at the front of the journal that the Zeppelin Hindenburg had made its first trial flight. 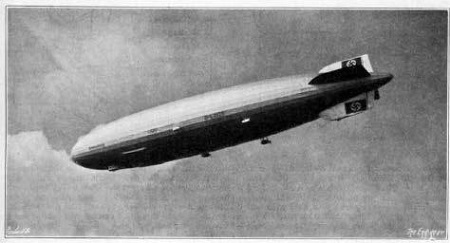 The Hindenburg in flight

200 men brought the airship out of its hangar for a three-hour trip over Lake Constance, with its designer, Dr Hugo Eckener, at the controls and a former pilot of the Graf Zeppelin, Captain Lehmann, on board.  Further test-flights saw Hindenburg overfly Munich and Augsburg, all of which were satisfactory. The first flight with paying passengers was scheduled for the end of the month.

It wasn’t until the following May that disaster overtook the Hindenburg. In another brief item followed by a longer piece and some drawings, The Engineer reported that the airship had come into land after its first round voyage of the year, delayed by heavy winds over Newfoundland. After avoiding a thunderstorm at its landing ground at Lakehurst Airport in New Jersey, its crew had just thrown its mooring lines to the ground when a sudden flash of fire from the rear of the ship spread rapidly, consuming the whole airship in seconds. Of the 100 people on board, 35 died, including Captain Lehmann.

The Engineer’s line-drawing of Hindenburg.

It’s still not known what caused the disaster. Most theories assume that a spark of some kind, possibly resulting from the thunderstorm, caused the ignition, and recently the idea that a compound used to ‘dope’ (shrink) the airship’s fabric skin, which contained a highly flammable mixture of iron oxide and aluminum-impregnated cellulose acetate butyrate, burned through very rapidly and ignited the hydrogen flotation-bags inside the ship.

Read the second article in The Engineer about the construction of the Hindenburg published on May 21, 1937.

Read the third article in The Engineer about the construction of the Hindenburg published on May 28, 1937.

This entry was posted in Dirigible, Historical and tagged airship, Hindenburg, zeppelin. Bookmark the permalink.