Posted on June 6, 2015 by LighterThanAirSociety 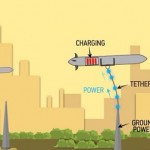 Limited flight times are such a drag — and Boeing seems to agree. The company just received a patent for its design for a drone that can remain airborne in perpetuity.

Flight times are constrained by the amount of energy or fuel a drone can store on board. But Boeing plans to circumvent this limitation with a retractable tether that latches onto ground-based power sources without requiring the craft to land. The patent was filed in 2013, and the U.S. Patent and Trademark Office just approved the company’s application earlier this week. 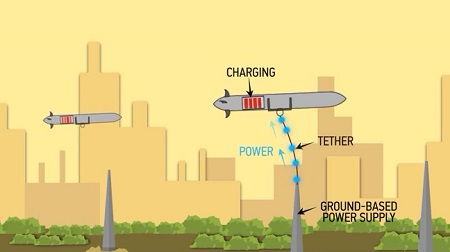 According to Boeing’s patent, these forever-flyers would be blimp-like drones filled with a gas of some kind to keep them afloat. The drones would utilize a powered thrust and steering system to get around — pretty basic, so far.

But here’s where it gets fun: When the batteries are low, Boeing’s drones would unfurl a tether, much like a butterfly proboscis, and link up with a power tower on the ground. Since these drones float, they would stay stationary until they’re fully juiced up. 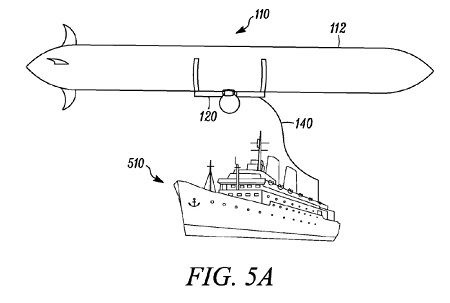 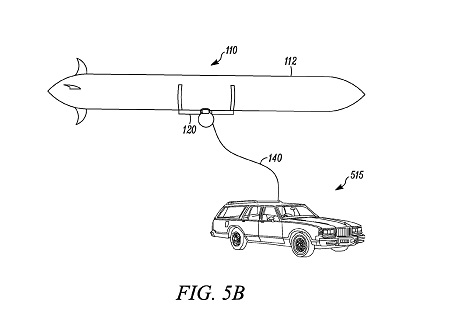 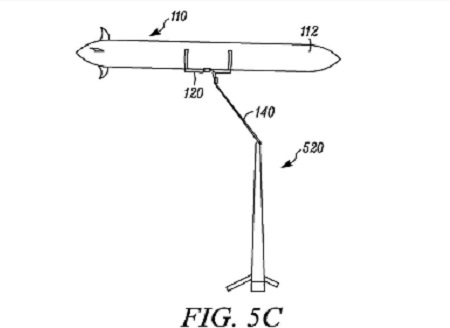 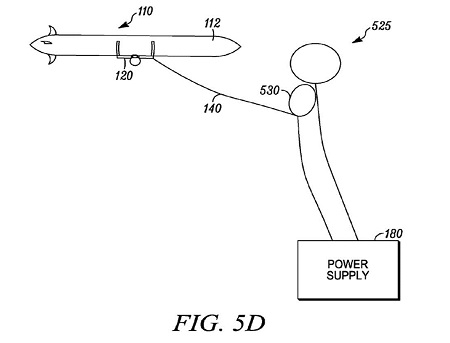 These drones, the patent states, could be powerful surveillance tools, and it’s easy to see why. Schematics in the patent also indicate that these drones could be tethered in place onto a ship or vehicle, like a balloon around a child’s wrist, to serve as permanent eyes in the sky. Of course, the length of the tether could also be adjusted so the drones could be towed, or recharged, while floating at higher altitudes.

As explained by the Patent Yogi, a tethered powering system could be especially useful if drone delivery services get the green light in the United States. Delivery drones are constantly on call, and this system would ensure they’re always ready to get a pizza to your doorstep.

For now, the tethered drone concept is still just words on a patent; it’s not clear if Boeing has plans to build them. But it’s certainly an interesting solution to a fundamental drone dilemma.

Click here to see the Patent granted to Boeing.