Amazon Has a Patent for Floating Blimp Warehouses

Posted on December 29, 2016 by LighterThanAirSociety 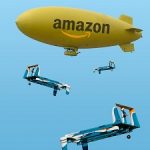 Way back in April, Amazon quietly received a patent for “aerial fulfillment centers” — massive blimp warehouses that would float 45,000 feet in the sky and deliver products with precision-guided UAVs. In other words, in the future, you could order something online and have it literally fall out of the sky minutes later.

U.S. patent 9,305,280 was filed by Amazon Technologies Inc. on behalf of inventors Paul William Berg, Scott Isaacs, and Kelsey Lynn Blodgett all the way back in December of 2014. It was granted on April 5, but has pretty much flown under the radar until now, despite the company’s well-publicized efforts to get Prime Air delivery drones off the ground. The patent has detailed diagrams as to how the process would work, and so far it looks completely wild. The aerial fulfillment centers would basically be massive, permanently-floating warehouses stocked with tons of Amazon merchandise, and staffed by workers carried to and from work in flying “shuttles”. 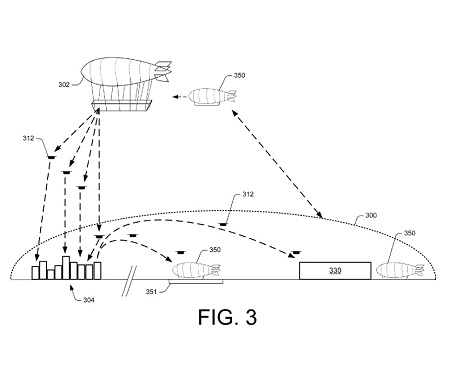 According to the patent’s abstract, the “AFC” would use unmanned aerial vehicles to deliver products to customers. But unlike the Prime Air drones that have already started making deliveries, the AFC’s drones would basically be guided package-bombs, using gravity to propel them downwards at an angle using hardly any energy, adjusting course with just minor aerodynamic shifts. Here’s what one of the delivery drones would look like. 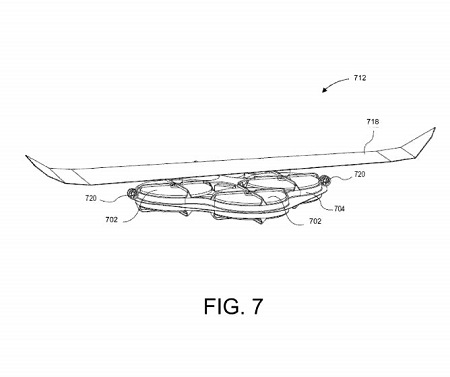 The shuttles would also take workers to and from the AFC, which is a pretty crazy concept in and of itself. The AFCs, under the patent, look to be designed to stay in the air almost indefinitely, depending on the smaller shuttles for resupply and refueling. 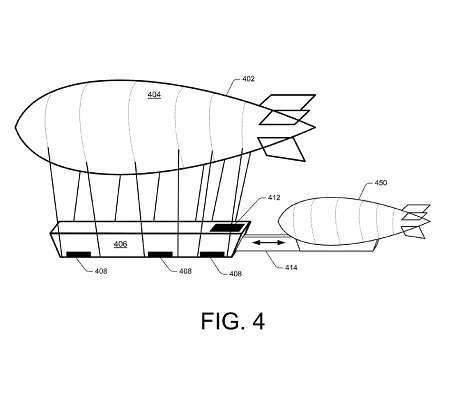 The whole system seems pretty awesome, but it’s a long way from being realistic. Amazon still has to get around the FAA’s pesky line-of-sight restrictions in the U.S., and deploying an airship that large or a permanent air installation would undoubtedly be a monumental task. The largest airship in the world, the Airlander 10, doesn’t exactly have a stellar flight record, but slow-moving airships are nevertheless a viable option for replacing cargo planes.

Here’s the full abstract describing the concept, and you can read the whole patent here:

Described is an airborne fulfillment center (“AFC”) and the use of unmanned aerial vehicles (“UAV”) to deliver items from the AFC to users. For example, the AFC may be an airship that remains at a high altitude (e.g., 45,000 feet) and UAVs with ordered items may be deployed from the AFC to deliver ordered items to user designated delivery locations. As the UAVs descend, they can navigate horizontally toward a user specified delivery location using little to no power, other than to stabilize the UAV and/or guide the direction of descent. Shuttles (smaller airships) may be used to replenish the AFC with inventory, UAVs, supplies, fuel, etc. Likewise, the shuttles may be utilized to transport workers to and from the AFC. 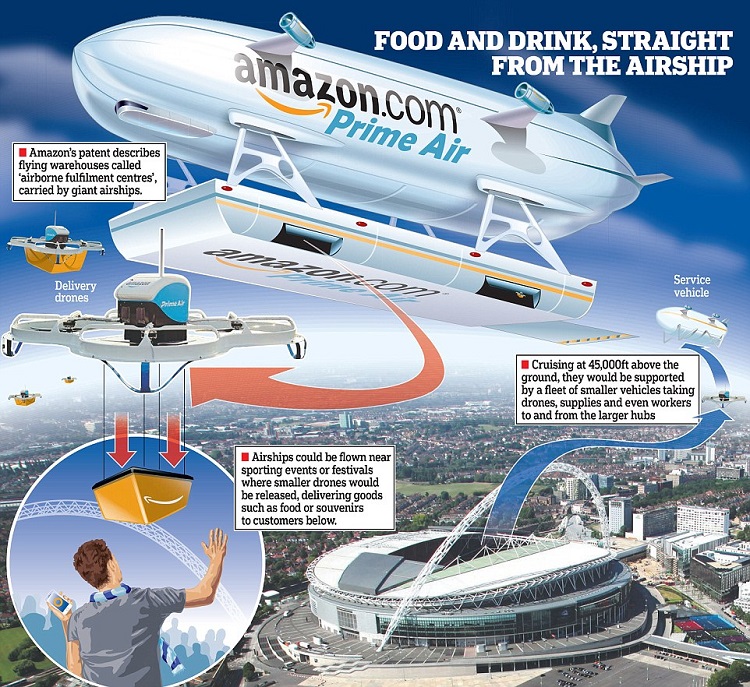 Artist’s concept of an application of the Amazon floating warehouse.
Source: Daily Mail.