Skyship Services Inc. to launch largest Skyship in May

Posted on March 10, 2013 by LighterThanAirSociety

Skyship Services Inc., owner of the Type Certificates for the largest certified non-rigid airships in the world, today announced the signing of a contract that will launch the first of a new era of Skyships. This 200 foot majestic flying machine is being assembled at a hangar facility near Elizabeth City, NC that was originally used as a US Navy airship base. The Skyship will be ready to commence operations in May 2013 and will then begin a tour that will bring it to Florida before it flies from the East Coast to the West Coast. 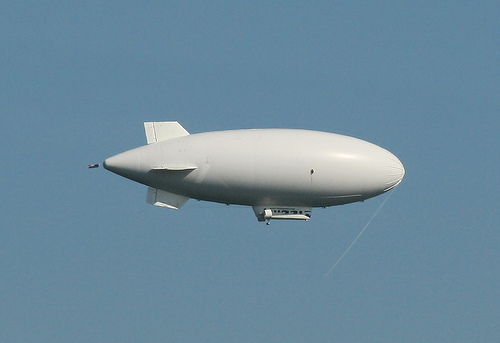 Julian Benscher , president of Skyship Services Inc. stated that “…most people think of airships as representative of a bygone era but in fact they provide the world’s most stable flying aerial platform with unparalleled endurance capabilities.”

Skyships are ideal for aerial photography and survey work and can do the job of 12 helicopters and multiple drones at a fraction of the cost and in a far more environmentally friendly fashion. In fact, this Skyship will initially be used for a series of scientific experiments measuring our impact on the environment and as an equipment test bed. The US Government has, in recent times, made significant investments in lighter-than-air technologies and the Skyship series of airships have been an indirect beneficiary of these investments. This airship is capable of loitering for up to two days and can be configured to carry in excess of a ton of equipment. As the effects of the sequester kick in, there will be an increasing need for cost effective, survey, surveillance and border patrol solutions and the Skyship has been resurrected to meet these needs. 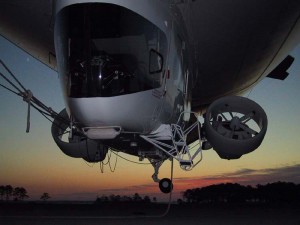 The latest version of the Skyship was originally developed by a subsidiary of Westinghouse Electric Corporation and a total in excess of $200 million has been spent on design, development and certification. As the search continues for ever more efficient ways to spend taxpayer dollars, the Skyship represents an ideal and cost effective solution to replace drones and helicopters. Contract details were not disclosed.