Posted on September 18, 2013 by LighterThanAirSociety 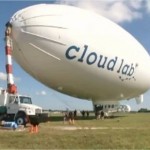 Scientists are calling the Cloud Lab SkyShip 600, which is being housed in Orlando, a breakthrough platform for scientific research.

The president of the Skyship services, Julian Benscher, describes it as the most stable platform in the earth’s atmosphere.

The $7 million blimp was built in North Carolina but arrived at its hub, Orlando Executive Airport, last month. Benscher said his airship will allow scientists to map the environment like never before. 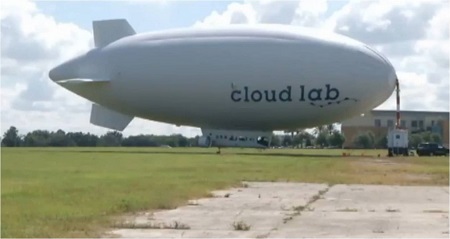 “We can do 3-D imaging of all the coastal plain, therefore see the likely impact of adverse weather conditions, which we are experiencing more and more of, will have on coastal communities,” said Benscher.

With the same 3-D imaging, scientists can also see inefficiencies in bridges and power grids, preventing problems before they occur.

“In theory, we will be able to map out the electric grid and save the industry billions of dollars by an effective monitoring from our Skyship,” Benscher said 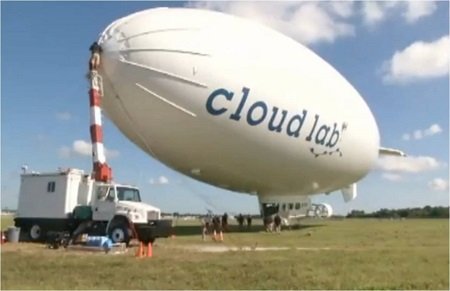 “It creates a great working atmosphere for scientists to have sensors on board the ship and map, monitor, and survey whatever it is they need to look at,” Benscher said.

The first experiment will be off of the coast of Cape Canaveral for water vapor testing.

Click here to see the schedule for the Skyship 600’s flight across the southern United States. This schedule was provided by Skyship Services and is tentative as it is subject to prevailing weather conditions.

The following is the route the Skyship 600 will be following. 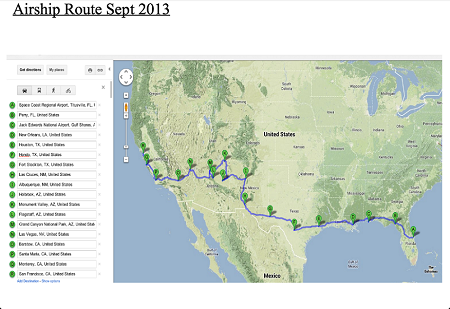 This entry was posted in Uncategorized and tagged Cloud Lab, Skyship 600, Skyship Services. Bookmark the permalink.