Posted on December 7, 2012 by LighterThanAirSociety 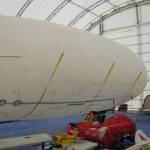 Barry Prentice has been telling everyone who will listen for more than 10 years that there is a future for lighter-than-air airships, especially for heavy cargo transportation and especially in Canada’s North.

One person who Prentice convinced was Dale George, a pilot, airship enthusiast and the industrial designer who invented, among other things, the plastic playground slide more than 25 years ago.

Last week George, a graduate of Georgian College in Barrie, Ont., was named a winner of the prestigious Premier’s Award for Ontario College Graduates, along with five others.

A year and a half ago, George moved to Manitoba and joined Prentice in forming Buoyant Aircraft Systems International, a company that intends to design and hopefully build large LTA airships and help solve the infrastructure deficit in Northern Canada.

“My natural talents is finding ways to improve products or come up with brand new ones,” George said. “I have always been interested in airships. Barry and I knew of each other but we’d never met and I never thought we would be in business. He is a professor and I am an entrepreneur.”

Prentice is thrilled George agreed to join him in his visionary pursuit.

“It’s amazing that he won such a prestigious award,” Prentice said. “It was also amazing that he agreed to come to Manitoba to design airships. What will really be amazing is if I can convince him to stay.”

Prentice decided to form Buoyant Aircraft Systems and try to build his own airship after spending about a decade unsuccessfully trying to attract a manufacturer to Manitoba. 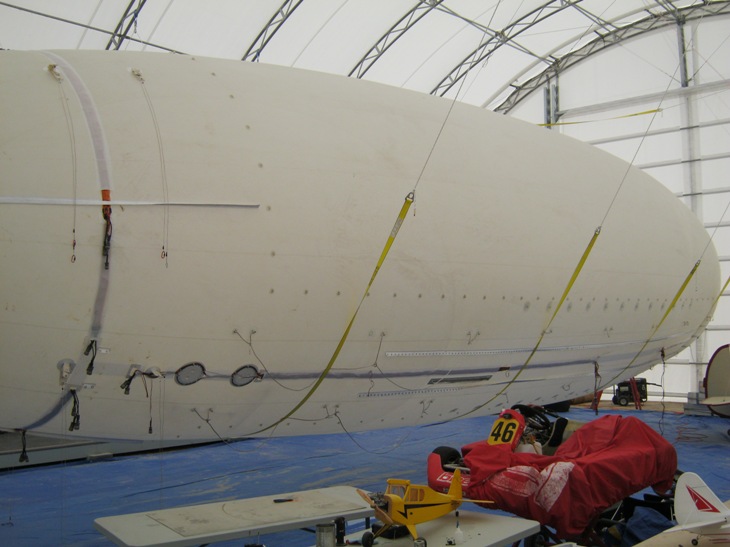 He had started a non-profit group called ISO Polar in 2005 as an airship research institute to do economic and engineering studies, co-ordinate demonstrations and facilitate tests and other activities.

But he found that as a non-profit, there were certain funding opportunities he was unable to go after.

That is not to say his for-profit company is flush with cash. The opposite is more accurate. But the two partners believe a demonstration of their rigid-framed concept will eventually attract funding to take it to the next level.

The firm owns three other small airships and while putting the rigid design concept together, the company can conduct various services for third-party customers using its smaller airships.

Prentice is frustrated at the lack of support he has received from local government, but he takes solace that over the last two years, about $1 billion has been spent on developing airships by various branches of the U.S. military

“One day this will be so commonplace people will not even look up,” Prentice said. “It may not be in my lifetime but I see this industry grow continuously once it starts.”

Their enthusiasm is particularly strong these days because a California company called Aeros is getting ready to fly the first rigid-design airship in 75 years.

George’s design model that is currently being developed is for an aluminum-skinned airship about 200 meters long (perhaps as big as 400 metres) that could lift 50 to 60 tonnes of cargo and maybe up to 80 tonnes with gas cells enclosed inside, electric engines and safety equipment on board.

“I’m going to make a 100-foot model,” said George. “People will see it and then Google or someone like that will say they want to fund that to the next round. This will do what Dr. Barry Prentice has talked about for 20 years.”

One of the first things they will need to invest in with that first round of funding will be a hangar big enough to build the massive vehicles they have in mind.

Prentice is committed to the idea of using airships as a way to enhance development in Canada’s North and as such, all the design work factors in cold-weather operating conditions.

“I believe we are ahead of the competition when it comes to cold weather operation,” Prentice said.