Posted on March 23, 2013 by LighterThanAirSociety 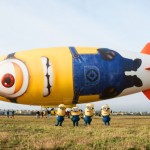 It doesn’t speak nonsense as it flies, but Universal Pictures is gearing up for the release of Despicable Me 2 with a coast-to-coast tour of an enormous, bright yellow Minion blimp. 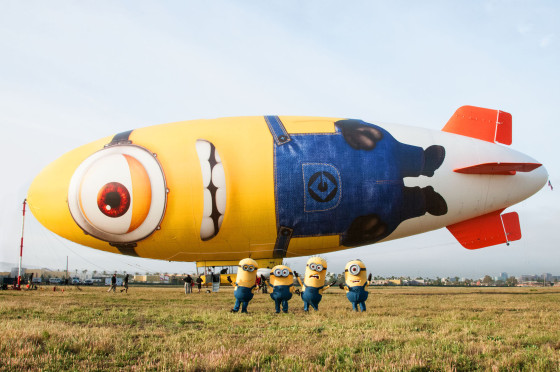 Dubbed the “Despicablimp,” the huge balloon is kicking off its journey with an appearance at the Kids Choice Awards this Sunday in Los Angeles. From there it will journey 20,000 miles across the country, stopping at various cities. Sightings will also be tracked on the map on the blimp’s official site. You can even enter to win a ride aboard the Despicablimp, and tickets to the premiere.

For a look at the creation and triumphant first flight of the huge Minion, check out this video: