Posted on February 8, 2014 by LighterThanAirSociety 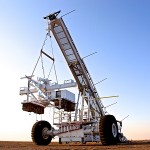 Scientists who study Earth, the sun and stars have long used high-altitude scientific balloons to carry their telescopes far into the stratosphere for a better view of their targets. Not so much for planetary scientists. That’s because they needed a highly stable, off-the-shelf-type system that could accurately point their instruments and then track planetary targets as they moved in the solar system. 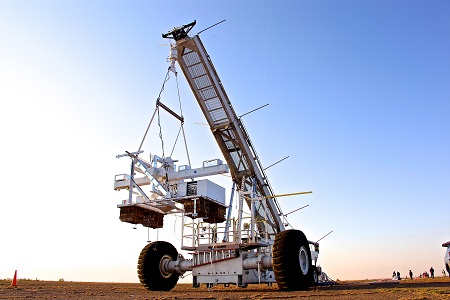 “Arc-second pointing is unbelievably precise,” said David Stuchlik, the WASP project manager. “Some compare it to the ability to find and track an object that is the diameter of a dime from two miles away.”

WASP is designed to be a highly flexible, standardized system capable of supporting many science payloads, Stuchlik added. Its development frees scientists, who in the past had to develop their own pointing systems, to instead focus on instrument development. Given the technology’s potential, the WASP team has received NASA Science Mission Directorate funding to further enhance the new capability as a standard support system. 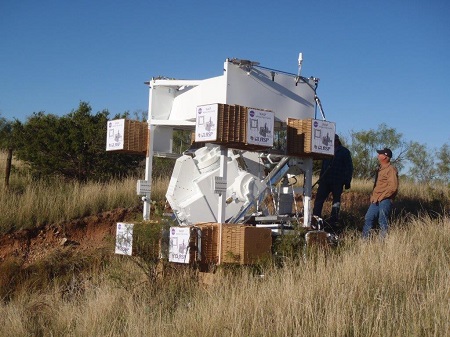 Scientists used the Wallops Arc Second Pointer to precisely point the HyperSpectral Imager for Climate Science during a balloon mission in September. Shown here after it landed, the imager collected radiance data for nearly half of its eight-and-a-half hour flight.
Image Credit: NASA

First tested in 2011 and then again in 2012, the most recent test flight occurred from Fort Sumner, N.M., in September 2013. During that flight, a 30-story balloon lifted an engineering test unit of the HyperSpectral Imager for Climate Science (HySICS) to an altitude of nearly 122,000 feet, far above the majority of Earth’s atmosphere. From this vantage point, WASP precisely pointed HySICS so that it could measure Earth, the sun and the moon.

Developed by Greg Kopp of the University of Colorado’s Laboratory for Atmospheric and Space Physics, the imager collected radiance data for nearly half of its eight-and-a-half hour flight, demonstrating improved techniques for future space-based radiance tests. Kopp now is preparing his imager for another balloon flight this September.

Also planned for September is the inaugural flight of the Observatory for Planetary Investigations from the Stratosphere (OPIS)  — a notable event because so few planetary scientists have in the past employed less-expensive balloon craft to fly their instruments. 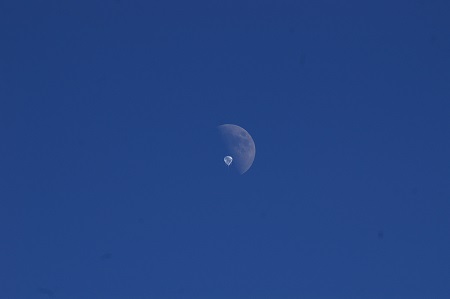 “Planetary scientists really haven’t been involved in balloon payloads,” said OPIS Principal Investigator Terry Hurford. “Planetary targets move with respect to the stars in the background. And because you need to track them to gather measurements, you need a system that can accurately point and then follow a target. These challenges are why planetary scientists haven’t gotten into the balloon game.”

For other scientific disciplines, the tolerances aren’t as tight, he added. The targets are either large, like the sun, or plentiful, like the stars, thereby making it much easier to target an object and then maintain a lock onto that object, Hurford said.

Now that Stuchlik and his team have proven WASP’s effectiveness, Hurford wants to show that the system is equally as effective for planetary science when he flies his balloon-borne OPIS high above Earth’s surface to study Jupiter and planets beyond the solar system.

Like HySICS, OPIS will launch from Fort Sumner. Provided stratospheric winds cooperate, the mission is expected to last up to 24 hours during which Hurford plans to gather time measurements of Jupiter’s atmospheric structure. His other objectives during his 24-hour flight are to observe a transit of an extrasolar planet and the rotation of an asteroid.

“Time for planetary observations on ground-based observatories is difficult to obtain,” Hurford said. “Moreover, high-altitude balloons above 95 percent of the Earth’s atmosphere allow for observations in the ultraviolet- and infrared-wavelength bands, which aren’t possible with ground-based telescopes. High-altitude balloons offer us a unique, low-cost platform to carry out our planetary observations. This effort provides us with a unique opportunity to build a capability that we can leverage for future opportunities. WASP gives us a new platform,” he said.