Posted on August 16, 2016 by LighterThanAirSociety 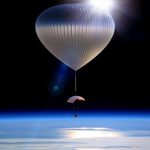 High altitude ballooning has begun to undergo a renaissance that is creating exciting new capabilities, therefore enabling a wide array of new applications of interest to researchers and entrepreneurs in many fields.

These new capabilities are breathtaking in both their scope and their expected impact. They include: 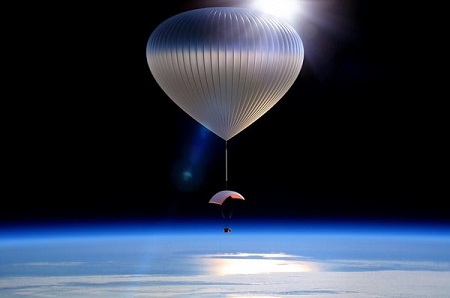 World View has plans to develop balloons to fly into the stratosphere for tourism, research, and other applications, some of which normally require the use of satellites.
Image credit: World View

Each of these capabilities is individually revolutionary. But the combination of these many revolutionary capabilities coming on line almost simultaneously is opening an almost dizzying array of new high altitude ballooning uses and markets. We can only barely imagine what will develop over the next decade or two, but we already foresee new high altitude balloon applications that include commercial, scientific, civil, and defense applications, such as:

The high altitude ballooning company World View, where I am involved, is one of a number of companies that are developing and applying the new ballooning capabilities to open new markets in the high altitude of the stratosphere. World View was formed by entrepreneur technologists Jane Poynter and Taber McCallum, former Space Shuttle commander Mark Kelly, and myself. Our missions are to pioneer and then apply new technologies that open the stratosphere up to commercial applications in the same way that satellites opened low Earth orbit and geostationary orbit to commerce, and to offer flight services that are open the black sky and curved Earth experience to a much broader range of individuals than can withstand or afford suborbital tourism.

We consider ourselves pioneers in 21st century ballooning, but we are not the only such pioneers. We are joined in commercial high altitude ballooning by Google’s Loon, Near Space Corporation, and Zero2infinity. Soon, we expect, even more firms will enter this market. With so much going for it, the future of high altitude ballooning is as bright and this new century is young.

Our missions are to pioneer and then apply new technologies that open the stratosphere up to commercial applications in the same way that satellites opened low Earth orbit and geostationary orbit to commerce.

Alan Stern is a planetary scientist and the chief science officer of World View ballooning. He is the former head of all science missions at NASA and a current board officer of the Commercial Spaceflight Federation.