Posted on October 4, 2013 by LighterThanAirSociety 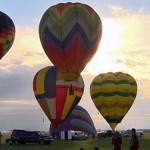 The 2013 Canadian Hot Air Balloon competition was held in High River over the weekend and the winner will represent Canada at the world championship in South America next year. 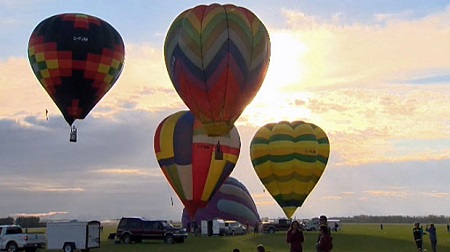 Dozens of balloons were launched from High River on the weekend to compete for the Canadian Championship.
Photo: CTV News

The event was put on by the Heritage Inn Hotel and TD Bank and attracted hot air balloon pilots from across the country. 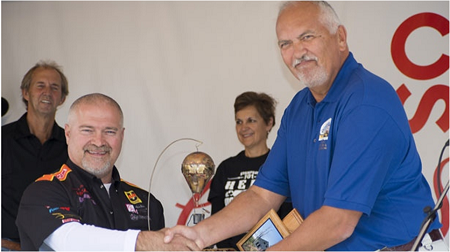 David Gleed is the 2013 Canadian Champion and accepts his trophy from officials.
Photo: CTV News

David Gleed from Langley, B.C. floated away with the top honor and will be traveling to Sao Carlos, Brazil for the 21st FAI World Hot Air Balloon Championship in July of 2014.

Second place went to Dan Balinsky from Grand Prairie and Dale Lang of Taber was third.