Posted on December 15, 2017 by LighterThanAirSociety 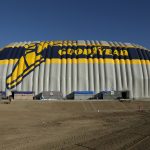 A new landmark appeared on the Southern California horizon overnight.

The Goodyear Tire & Rubber Company inflated a 337-foot-long hangar at its Carson blimp base along the I-405 freeway during the overnight hours. The new structure will serve as the home of Goodyear’s newest blimp Wingfoot Two, which began operating in Los Angeles in October. 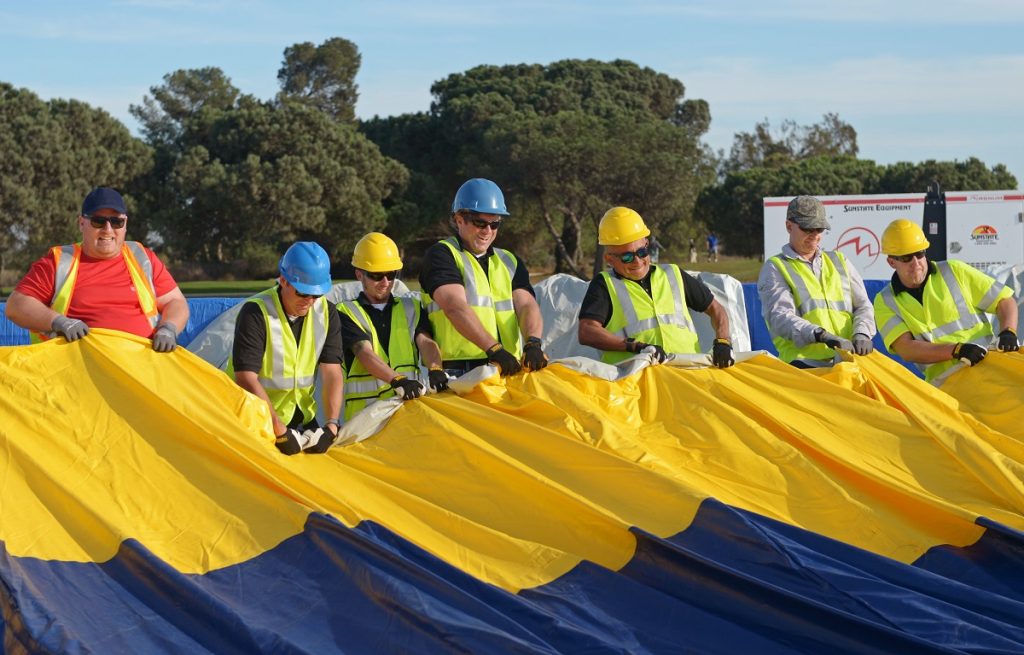 Crews lay out the inflatable structure that will form the new Goodyear airship hangar at the Carson, California Airship Base.
Photo: The Goodyear Tire & Rubber Co.

Stretching about as long as a football field, the nine-story hangar is the largest inflatable structure of its kind in North America; and will protect the company’s new state-of-the-art blimp from the environmental elements. 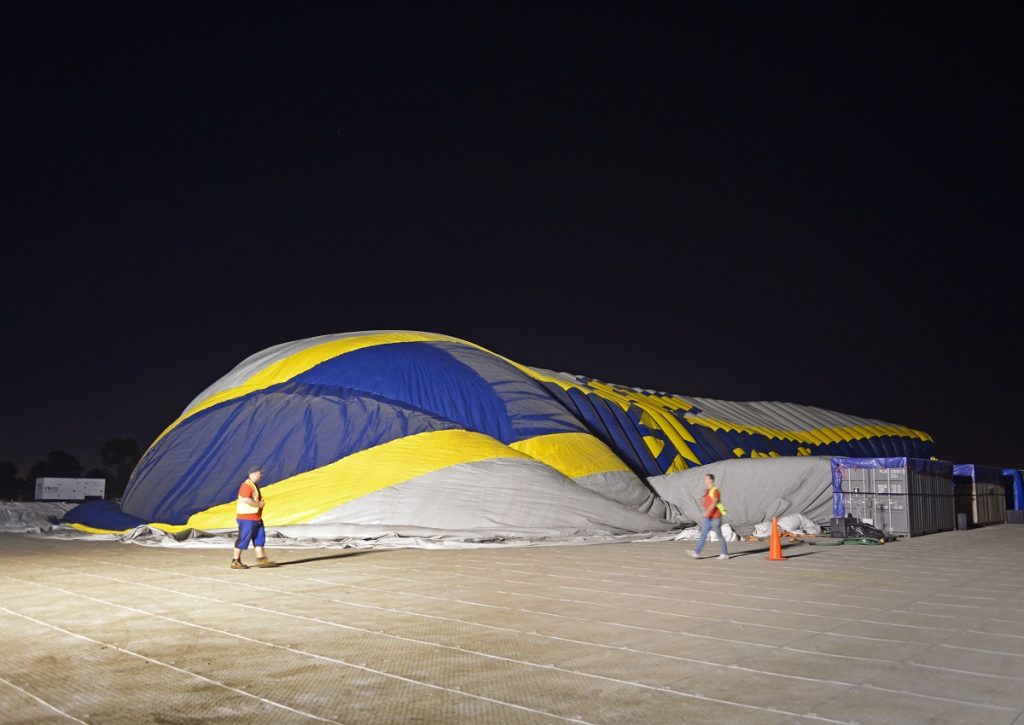 The inflation of the new Carson Blimp Base airship hangar is underway.
Photo: The Goodyear Tire & Rubber Co.

“The Goodyear Blimp has been a fixture in the skies over Los Angeles for a half century and the new hangar gives us a highly visible presence on the ground along one of the busiest highways in the country,” said Paul Fitzhenry, Goodyear’s senior vice president and chief communications officer. 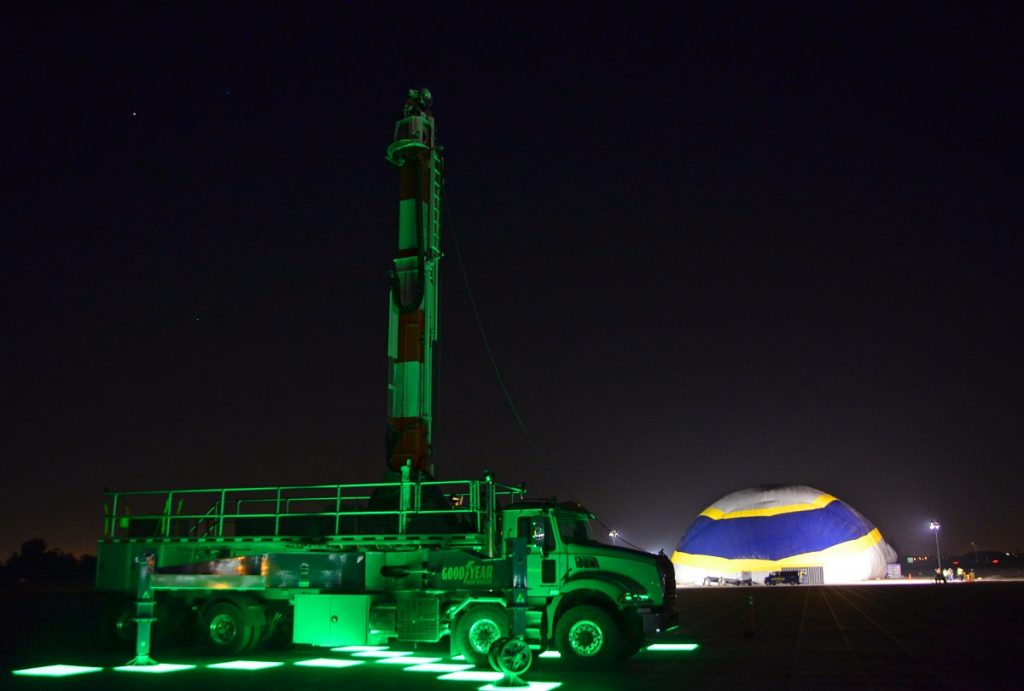 The inflation continues with the Goodyear mooring mast ruck in the foreground.
Photo: The Goodyear Tire & Rubber Co.

The new hangar was manufactured for Goodyear by Lindstrand Technologies Ltd., a world leader in designing and building inflatable structures for uses including passenger airline hangars, airline terminal roofs and on military bases. Lindstrand, based in the United Kingdom, has constructed more than 200 high-tech inflatable structures but is perhaps best known as a lighter-than-air manufacturer of aerostats, airships, gas balloons and tethered balloons. 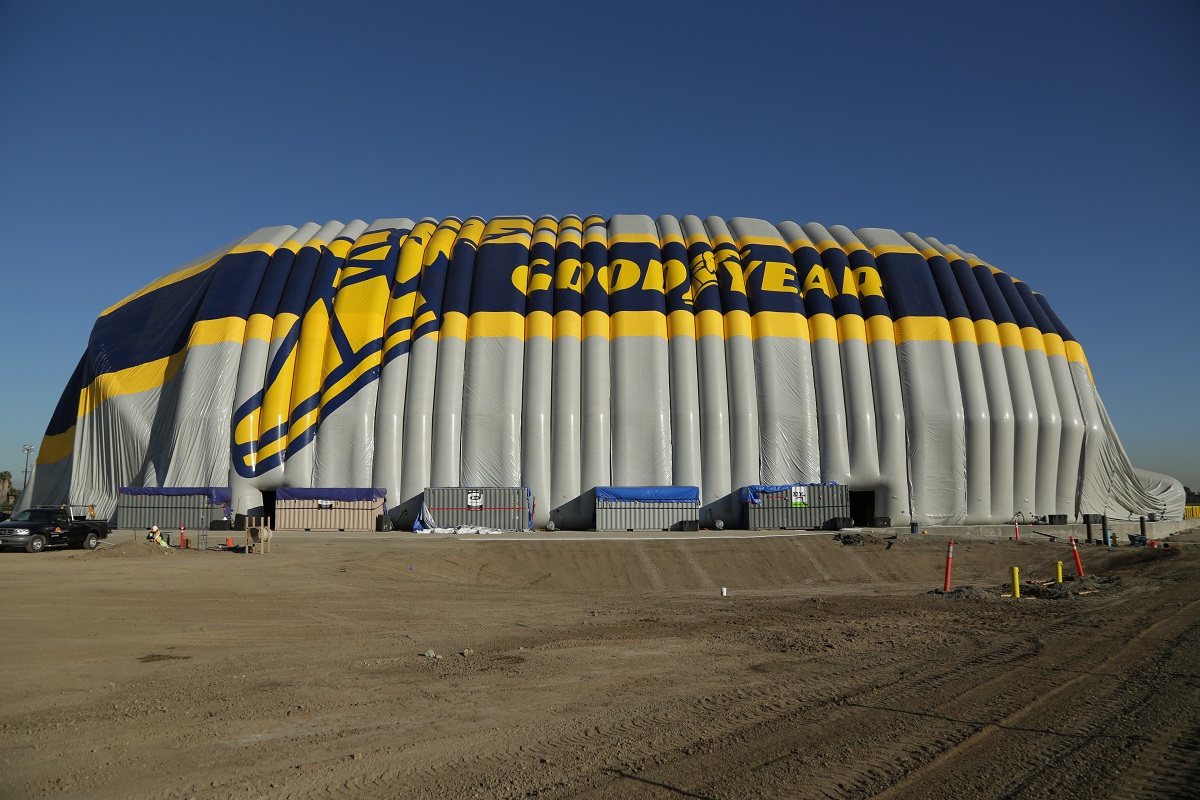 Goodyear has flown its iconic blimps for more than 90 years and has operated its base in Carson since 1968. A celebration of the 50th anniversary of the Carson base is planned in 2018.

Click here to see a description of the new hangar.

Click here to read the FAQ sheet regarding the new hangar.