Posted on October 13, 2016 by LighterThanAirSociety 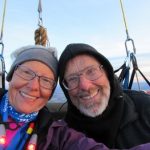 The team landed their hydrogen gas balloon, Foxtrot Charlie, Sunday, about 6:45 a.m. near Monroe City, Mo., west of Hannibal. They traveled 866 miles and were aloft for 54 hours and 39 minutes. 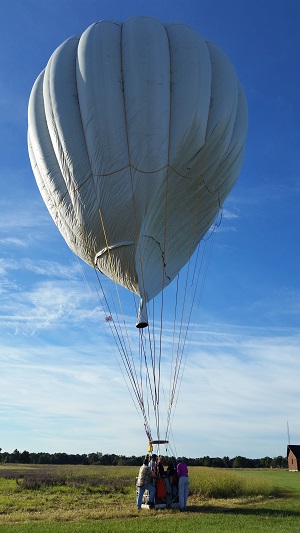 The team of Krzyszrtof Zapart and Bazyli Dawidziuk, from Poland, were leading for most of the race but finished second. They landed their balloon, Misia, Saturday about 1:15 p.m., east of San Antonio, Texas. They flew 671 miles and were aloft for 37 hours and 26 minutes.

Bert Padelt of Pennsylvania and Noah Forden of Rhode Island came in third place in their balloon, One Leg Out. They set down Saturday at 7:55 a.m., north of Dodge City, Kan., after flying 32 hours and covering 428 miles.

French pilots Benoit Pelard and Laurent Lajoye placed fourth after landing their balloon, Marie Marvingt, just after 4 p.m. south of Klagetoh, Ariz. They were aloft for 15 hours and 57 minutes and traversed 165 miles.

The gas balloon team of Texan Philip Bryant and Ohioan Mike Emich in Here We Go Again didn’t get far. After a flight of 8 hours and 16 minutes they covered a mere 15 miles, setting down at 8:18 a.m. Friday in a remote area of Santa Ana Pueblo, west of Algodones.

A sixth team with Albuquerque pilot Mark Sullivan and Austin pilot Cheri White withdrew from the race late Thursday due to lingering ear infection that was frustrating Sullivan and which would have been exacerbated by the high altitude race.

White earlier in the week competed against 15 other women balloonists to win the U.S. Women’s National Championship in her hot air balloon, Touchstone Racer. She had the best scores from 11 separate tasks in which markers with trailing streamers were thrown onto ground targets located throughout the metro area and on the balloon field. 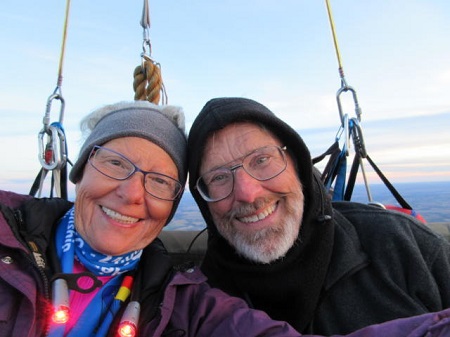 A bundled up Barbara Fricke and Peter Cuneo pose for a selfie in their balloon, Foxtrot Charlie, Saturday while competing in the America’s Challenge Gas Balloon Race. They won the event after flying 866 miles and being aloft for more than 54 hours.
Photo: abqjournal.com, courtesy of Peter Cuneo and Barbara Fricke

Winners of the America’s Challenge Gas Balloon Race are determined solely by the distance they travel. The top three teams qualify to participate in the Coupe Aeronautique Gordon Bennett gas balloon race, which will be held next year in Switzerland.

America’s Challenge race spokeswoman Kim Vesely said the race results will not be finalized for several days until tracking data can be verified. While the total miles traveled may change slightly, it should not affect the order of the winners, she said.