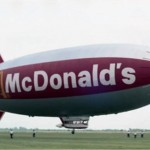 On this day, the McDonald’s “McBlimp” arrived in Houston to help celebrate the Texas Sesquicentennial.

At the time, there was something of a blimp rivalry. The “McBlimp” was 193ft long, which was one foot longer than any of Goodyear’s airships. Goodyear housed “America”, one of its four airships, at a hangar just north of Houston in Spring. 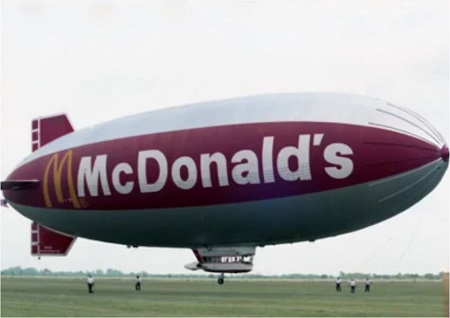 The McBlimp (1986).
Source: The Houston Chronicle

Goodyear closed their blimp hangar in Spring in ’92, but for a period in the ’70s all of Goodyear’s blimps were built and maintained at the hangar north of Houston.

Video courtesy of the Houston Chronicle