How Airships Are Set To Revolutionize Science

Posted on March 4, 2014 by LighterThanAirSociety 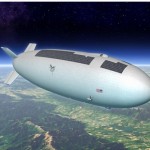 Airships can patrol the upper atmosphere, monitoring the ground or peering at the stars for a fraction of a cost of satellites, according to a new report. All that’s needed is a prize to kick-start innovation.

The problem, of course, is that airships capable of these missions have not yet been built. Most of the well-funded development has come from the military for long duration surveillance missions. But with the end of the wars in Iraq and Afghanistan and the downsizing of the US military machine, this funding has dried up.

But Miller and co. have a suggestion. They say that innovation in this area could be stimulated by setting up a prize for the development of a next-generation airship, just as the X-Prize stimulated interest in reusable rocket flights. The goal, they say, should be to build a maneuverable, station-keeping airship that can stay aloft at an altitude of more than 20 km (65,600 ft) for at least 20 hours while carrying a science payload of a least 20 kg (44 lbs). 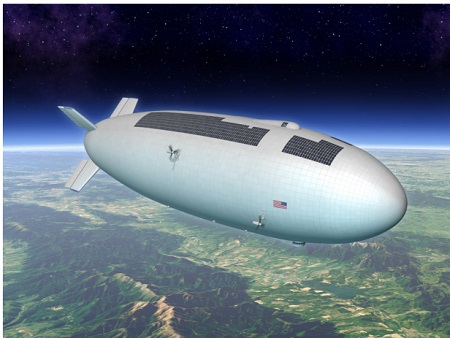 That’s a significant challenge. One problem will be carrying or generating the power required to propel the airship. This increases with the cube of its airspeed and so will be the biggest drain on the vehicle’s resources.

Another challenge is to handle the thermal loads at this altitude, where temperatures can vary by as much as 50°C (50ºF) and where there is little air to carry heat away.

But none of these problems look like showstoppers. Given the right kind of incentives, it should be possible to put one of these things in the air in the very near future, perhaps based on the technology developed for vehicles like the Long Endurance Multi-Intelligence Vehicle.

All that’s needed is a sponsor willing to cough up a few million dollars for a prize. Anybody with a few bucks to spare?