Charting the Changes to the Goodyear Blimp 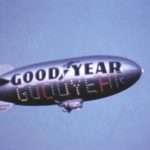 It all started in 1911, when Goodyear built its first airship envelope, a 400,000-cubic-foot bag ordered by a lighter-than-air enthusiast named Melvin Vaniman. 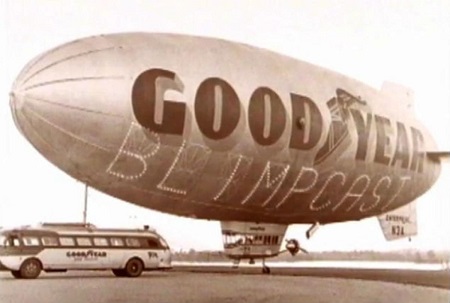 Let there be light! By the mid-1950s, the Goodyear blimp was making appearances high overhead at sporting events.
Photo: NY Daily News/Goodyear

However, Goodyear truly established its reputation as a leader in lighter-than-air propulsion during World War I, when the company produced more than 1,000 balloons and approximately 100 non-rigid airships for the Allies. 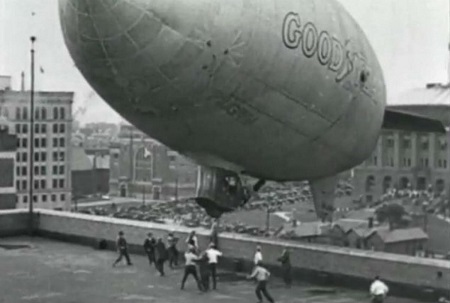 Landing a blimp hasn’t always been an exact science. It helps to have an empty field or, in this case, an open roof-top and a lot of people to lend a hand. Believe it or not, the spire at the top of the Empire State Building was originally built to serve as a blimp mooring mast.
Photo: NY Daily News/Goodyear

The most popular (in terms of sheer number) period for airships was the years between World War I and World War II. At the time, Germany, France, Great Britain and the United States all had fleets of rigid airships. Goodyear’s fleet of commercial blimps, as many as six operating at one time, also was born during this period. 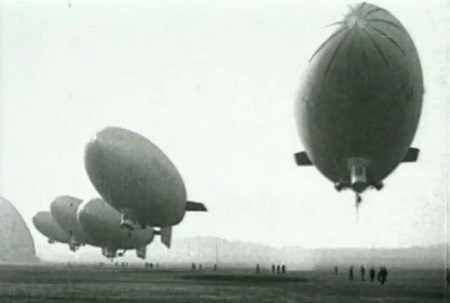 Goodyear’s fleet of airships have served as everything from clever marketing tools, to highly-effective weapons of war.
Photo: NY Daily News/Goodyear

In the 1930s, the global passenger and freight-carrying feats of Germany’s Graf Zeppelin and Hindenburg, and the nationwide flights of the Navy’s Goodyear-built USS Akron and USS Macon, captured the imaginations of people around the world. 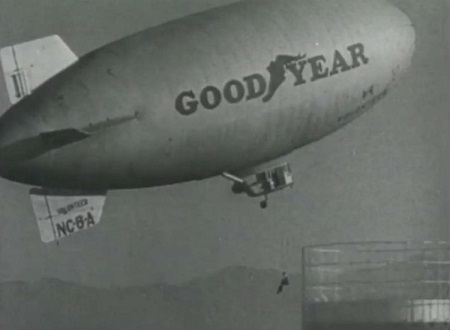 Hold on tight! Blimps have been used for a variety of high altitude stunts – though we’d probably prefer a cozy seat in the gondola.
Photo: NY Daily News/Goodyear

Popularity of the rigid airships came to a dramatic and sudden end in the late 1930s with the loss of the USS Akron, Macon and Hindenburg within a period of 37 months. These tragedies were, in part, responsible for the accelerated development of non-rigid airships, particularly for the Navy. 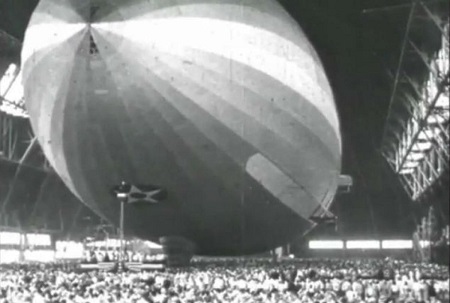 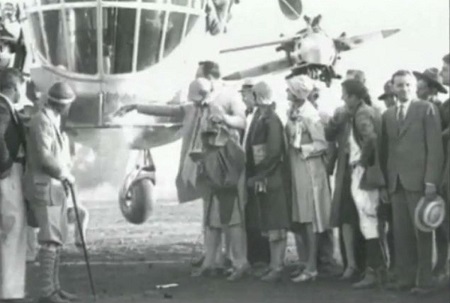 Another Goodyear blimp is christened during the golden age of zeppelins in the 1920s and early-1930s.
Photo: NY Daily News/Goodyear

The Navy airships compiled as astonishing record, especially in the role of aerial escorts for convoys. During the war, in the Atlantic and Gulf Coast waters of the United States, and in the coastal waters of the Caribbean, Eastern Central America and Brazil, a staggering 532 ships were sunk. 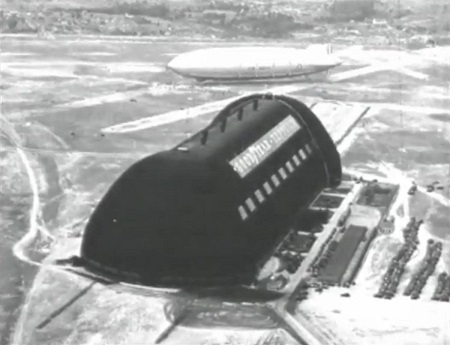 The Goodyear (Akron) Airdock was originally built in 1929. This huge structure is still used today for storage and construction of airships.
Photo: NY Daily News/Goodyear

Yet not a single vessel was ever sunk by enemy submarines while under escort by an airship. Altogether, Navy airships escorted 89,000 ships during the war. 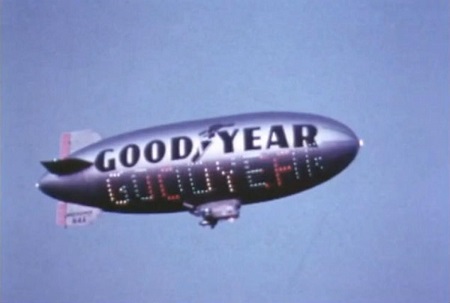 The Goodyear blimp is much smaller than its famous predecessors, but it’s no less visible or effective when it comes to marketing.
Photo: NY Daily News/Goodyear

Goodyear resumed its commercial airship operation after World War II. With the advent of the Korean conflict, the Navy once again stepped up its airship operations. The last airships built by Goodyear for the Navy were four huge ZPG-3W type non-rigid airships for use in the nation’s early warning defense network. These airships were retired from service by the Navy after more sophisticated early-warning equipment was developed. 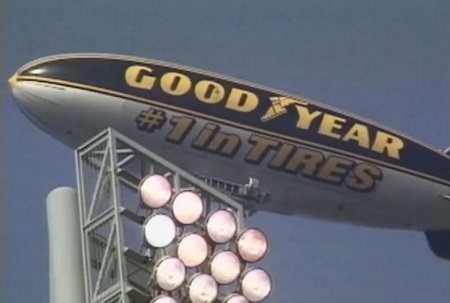 This is the view most of us have when the Goodyear blimps sails overhead.
Photo: NY Daily News/Goodyear

Since 1955, the Goodyear blimps have been used to televise live sports and entertainment events around the world. Sporting events such as the World Series, Super Bowl, NASCAR racing, the Olympics and a variety of entertainment programs have benefitted from Goodyear’s innovative approach to aerial TV coverage.

These appearances – coupled with their lesser-known roles aiding in disaster relief and other forms of community involvement – have secured the Goodyear blimp a place as one of the world’s most well-known and well-liked corporate icons.