Posted on September 21, 2016 by LighterThanAirSociety 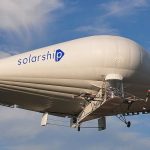 Manaf Freighters and Solar Ship will partner on the Peace & Freedom Services project, which will provide basic necessities, such as food, clothing and medical supplies, in remote areas in East and Central Africa.

Solar Ship will supply two Caracal airships, which are short takeoff and landing aircraft, and two Wolverine aircraft, which can carry a 20-foot shipping container with a minimum payload of five tonnes.

Solar Ship said it had been working with Manaf since 2014 to develop the right aircraft for their needs. 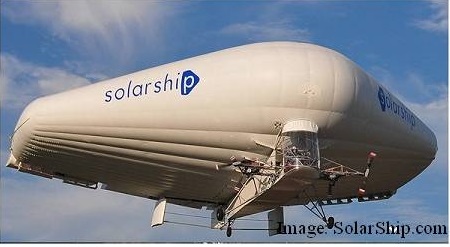 “The goal of our platform is to access areas where there is no infrastructure so we can help people in their daily lives and unleash their economic potential,” Solar Ship’s director of Africa operations, Michel Rugema, said in a release.

“Both sides of the partnership know the Great Lakes region of Africa well. Manaf has vast experience and an established network— Solar Ship is ready to start deploying with them in Africa in 2017.”

Its aircraft uses two forms of lift: static lift, generated by buoyant gas like an airship, combined with the aerodynamic lift of a wing. This creates the capacity to fly large loads into areas without infrastructure and it enables the aircraft to fly without the use of fossil fuels.