Posted on March 30, 2018 by LighterThanAirSociety 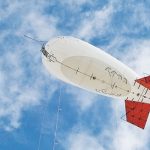 A company founded at the Massachusetts Institute of Technology has begun constructing a new research and development center in Fremont where it will test an industrial version of a blimp known as an aerostat that’s designed to provide wireless broadband coverage in rural and remote areas. 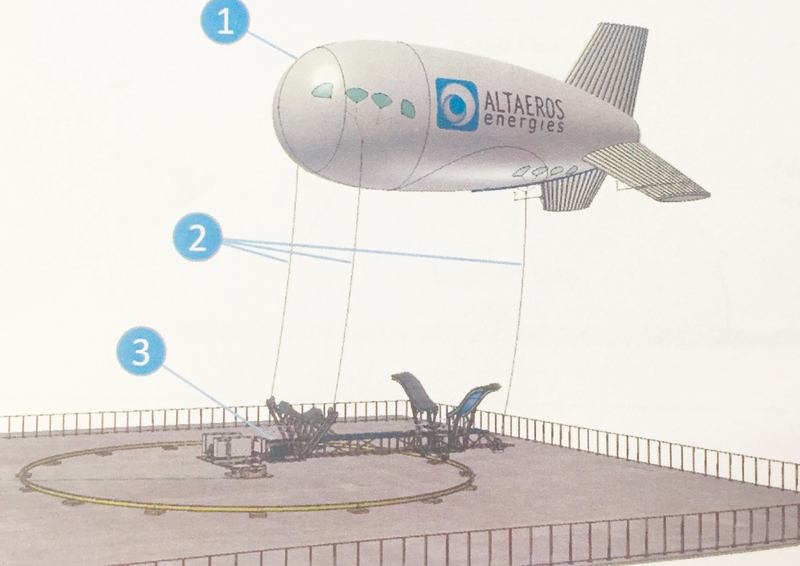 Altaeros Energies is building a research and development center in Fremont for a blimp known as an aerostat. Altaeros plans to build autonomous systems to launch and retrieve the triple-tethered aerostats, which would float to about 850 feet and be used as aerial broadband towers to provide clear signals to remote areas.
Source ALTAEROS ENERGIES

Altaeros Energies of Somerville, Mass., has been given town approval to create the permanent test site near a gravel operation at 662 Main St. that will feature a concrete launch pad and a large hangar to house the aerostat.

The aerostat will essentially be a tethered aerial cell tower that provides the same coverage as a network of cell towers. The company said it could eliminate the need for 20 to 30 conventional towers and reduce total network costs by 50 to 70 percent.

The aerostat uses helium gas to float and is connected to a stationary ground system.

Crews from Rubb Building Systems of Sanford, Maine, began constructing the 75- by 151-foot hangar a few weeks ago. The aerostat will be assembled inside the hangar before being removed and taken to the launch pad. It will have a maximum altitude of 850 feet, according to information Altaeros provided to the town. 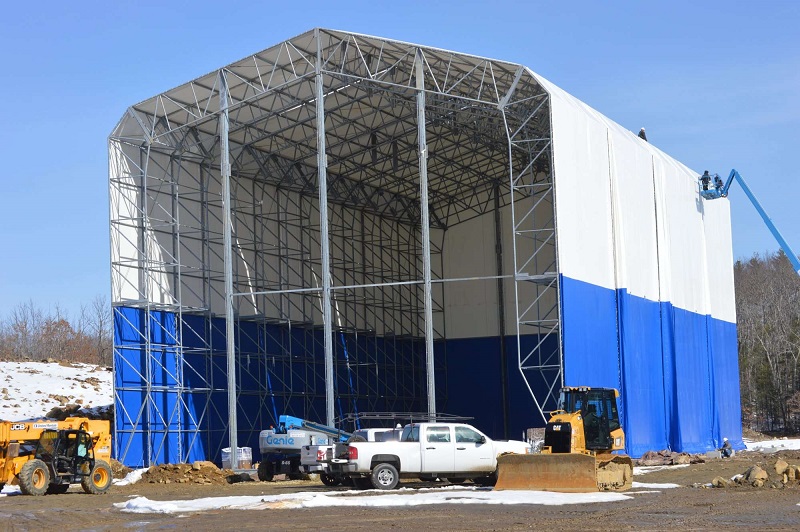 Work is well underway on a large hangar in Fremont that will be used for a cell tower blimp known as an aerostat.
Source: Jason Schreiber

The hangar — a fabric tension structure that will be 70 feet tall at its peak — is expected to be completed within the next two weeks, said Scott Dyer, site operations manager for Rubb Building Systems.

The planning board approved the project with conditions last fall.

An experimental Altaeros aerostat aloft, showing the three tethers that will attach it to its handling system. One of the tethers would contain cables to allow power and data to flow between the ground and the onboard antennas.
Source: ALTAEROS ENERGIES

Selectman Roger Barham, who also serves on the planning board, said Altaeros will be leasing part of the property from Fremont Land LLC.

Barham said the Fremont site is for testing only and that any production of future blimps would be done elsewhere.

The project generated some concerns about how visible it would be and what would happen if something went wrong and it came down during testing, Barham said.

Barham said project officials explained that even if a problem occurred, the property is large enough for the blimp to come down and still remain within the boundaries of the parcel.

While the site is located in a secluded area off Main Street shielded by trees, Barham said that at some points the blimp would be visible above the tree line.

Founded in 2010, Altaeros now employs about 25 workers and has received funding from SoftBank Group Corp., Mitsubishi Heavy Industries, the Suhail Bahwan Group and Ratan N. Tata, and technology development grants from the U.S. Department of Agriculture and the National Science Foundation.